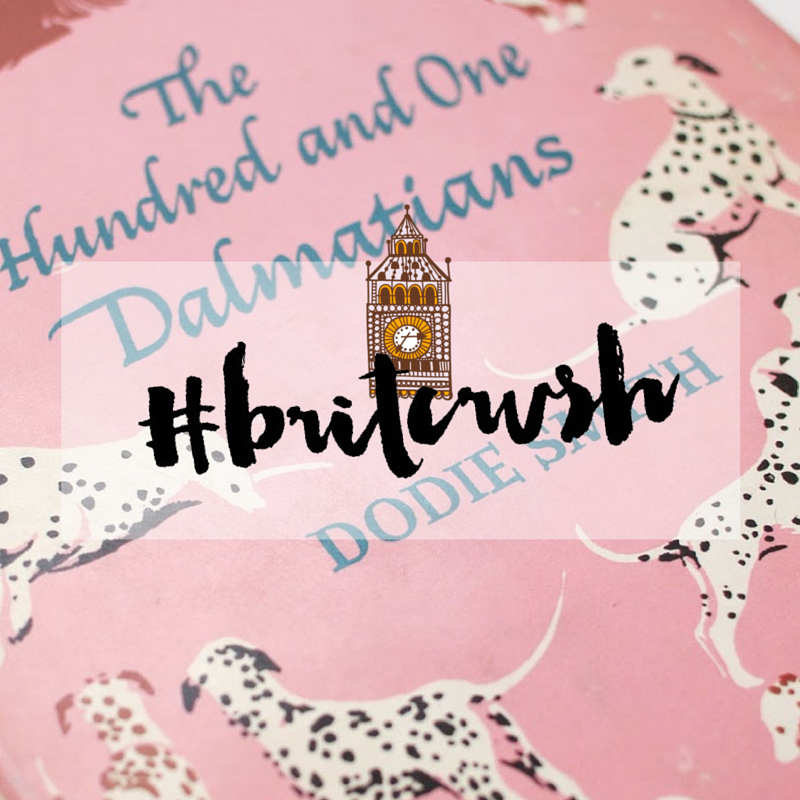 I had a massive crush for this book in 2013. I found it in my favourite secondhand bookshop totally randomly and was charmed by its pink cover. Of course, I had fond memories of the animated film and 1996 adaptation that followed, so I was eager to read it.

You might only see it as a children’s book but if you think you had enough of it with just viewing the movies, you’re truly missing something. There is something to the book that is very lovely and charming.

Okay, you’ll say, we get our fix of cute puppies with both films. What you don’t realize is that the dogs are actually the true heroes of the book. As in, the humans are really considered to be the pets here.

Who never wanted to know what their dog was thinking?

I surely did want it and especially with the most beloved and respected, huh huh, family cat who used to live with us, our dearly missed, Snoopy. Oh! How I wanted him to reply to my stupid questions or discuss that episode of Midsomer Murders so badly. You will never be forgotten, my chubby cat.

However, apart from a few different characters, such as Perdita (another Dalmatian whose puppies have been sold by her owner and who was found in the middle of the road by Mrs. Dearly – Anita in the films), or Nannies Cook and Butler (both living with the Dearly’s), the story is relatively identical to the screen adaptations.

Pongo and Missis form a charming couple, recently married, who welcomed fifteen children during a rainy night. They are later joined by Perdita when lots of puppies suddenly appear to be missing all over London. Perdita who is somewhat weak after she escaped from her mean owner, stays home with the nannies while Pongo and Missis embarks on the journey to find and save the puppies that we know so well. 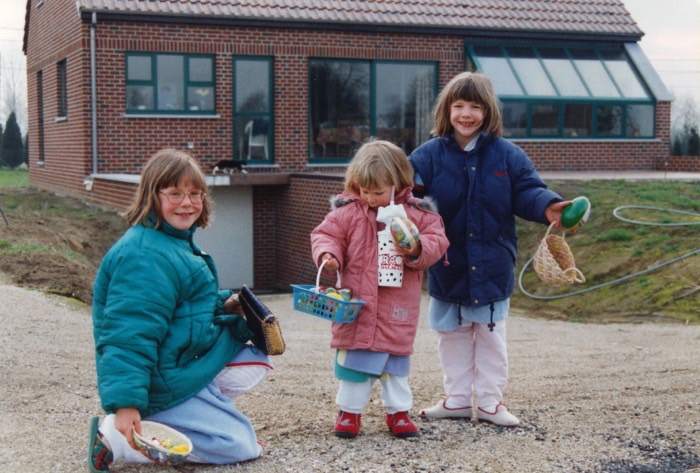 What on earth is this picture doing here, you wonder. It was Easter 1996. The movie “101 Dalmatians” had just came out and we were totally crazy about it. You can see my little sister holding a Coke cup shaped like a dog that our mum got each of us when we went to see the film. We treasured that thing for ages until we could actually taste the cheap plastic and we had to throw it away.
A lot of funny facts appear in this book, that was actually written in 1956. Nanny Butler wears pants, Mr Dearly takes care all by himself of the newborn dalmatians shortly after they entered the world… or the cupboard, I should say. That’s quite feminist in a way. Mr. Dearly is an accountant who doesn’t have to work anymore because he brilliantly helped the government with such a small matter as the national debt. He was then pardoned from income tax for life and nonetheless offered a house near Regent’s Park. It’s so sweet. Classy.
The Hundred and One Dalmatians is a charming, lovely story about love, courage, determination and most of all, family. This is what I already loved in both the Disney and 1996 movies: the nice feeling of knowing a family is supposed to care about you and must be ready to do anything for your wellbeing. The book is very comfy, heartwarming and so sweet. It’s something I greatly appreciated in Paddington. In both stories, the characters truly care for one another. There is plenty of politeness, respect, integrity and sweetness between the protagonists that I find very admirable.
Even if some parts of the story are quite dated, we can all learn, with some perspective, about friendship, peer support, love and enjoy the rocky adventures of The Hundred and One Dalmatians. I surely can’t wait to share it with my offspring!

Images: one, three and four.

I LOVE the UK, the Queen, the scones, the telly, the tea, the shops, the humour, the different accents, well… you guessed it pretty much everything about the British culture. Hence the title of this series ‘British Crush‘ where I will talk about something that I love about the country and its lifestyle.
Find more British Crushes here ♥
Twitter | Instagram | Bloglovin’ | Youtube | Facebook