At first, I wanted to review four books in one and very long post. Then, reality hit me and at this point of my life I’ve only read two of the four books I meant to review. So in the end, I decided to break it up into four posts. Here’s the first installment. ETA 6/12/15: I still haven’t written any of the other reviews… Sorry!

Those past few weeks, I’ve been reading books I’ve meant to read but haven’t actually got around to read. I am a fan of Amy Poehler from Parks and Rec, because of Leslie Knope of course, but because she kind of inspires me. Not to be an actress, don’t worry.
After deciding I should actually get around to read Yes please, I didn’t stop the thinking there. I picked up Mindy Kaling, Tina Fey, and Lena Dunham’s books as well.

Those women are all connected to one another. I found it quite weird at first but then I thought about my favourite reality tv show (Teen Mom OG & 2). I got the feeling that writing a “memoir” is kind of the thing to do when you’re some famous person appearing on TV in America those days. So of course, working in the same field, each had to write their own memoirs.

Of course, I don’t even know the third of what I’m talking about, I’m not an US citizen. I’ve never even been to the damn country. 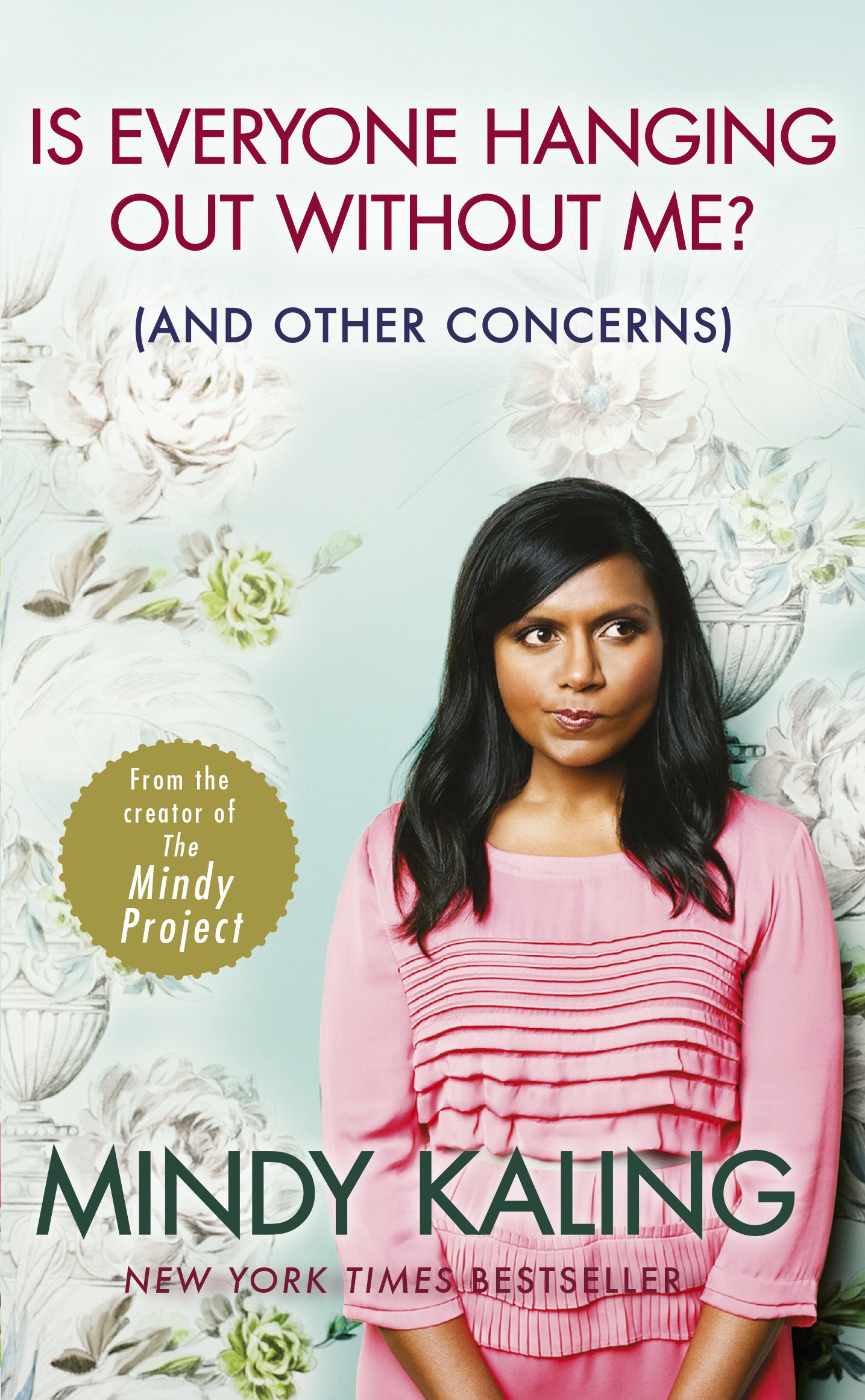 IS EVERYONE HANGING OUT WITHOUT ME? (AND OTHER CONCERNS) by MINDY KALING

So I met this really funny girl once from Texas who told me Kaling was pure genius. I was intrigued. Then time flew by and I completely forgot about it. Amy Poehler’s book came out and I thought about finally reading it. I downloaded it as an ebook and read it in a couple of days.
At first, I didn’t really know who Mindy was to be honest. I knew she created her own show, knew she knew Amy, knew she starred in The Office US. However, being an unconditional fan of The Office UK, I always had been reluctant to watch the American adaptation. Update: I actually saw two episodes. It didn’t do anything to me except maybe boring me. I guess I think too much about Ricky Gervais and Martin Freeman to get into the mood of this show.
To clarify, Mindy is an actress and writer. Her book is partly a memoir and contains a few essays towards the end. It focus on her childhood, college, early career in New York and move to Hollywood.
Mindy gives us the tone straight away by listing some alternative titles she could have chosen for her book: I especially laughed at I Don’t Know How She Does It but I Suspect She Gets Help From Illegal Immigrants. She then goes on about her childhood and the fact that she has always been a chubby girl. I quite liked the breakdown of the terms you can use to describe an overweight person –  the Jabba The Hutt explanation was excellent!
Even if I thought Mindy went to an exaggerate length to explain to us why she is now fine with her body, I really enjoyed reading about her upbringing and about the advices she gives us about high school. Be nice to your parents, you only live with them for 18 years, and be a good student. At one point, Mindy tells us about the song “Jack and Diane” from John Cougar Mellencamp which apparently is the anthem of some people’s youth:

« As a child of immigrant professionals, I can’t help but notice the wasteful frivolity of it all. Why are these kids not home doing their homework? Why aren’t they setting the table for dinner or helping out around the house? Who allows their kids to hang out in parking lots? Isn’t that loitering?

I wish there was a song called “Nguyen and Ari,” a little ditty about a hardworking Vietnamese girl who helps her parents with the franchised Holiday Inn they run, and does homework in the lobby, and Ari, a hardworking Jewish boy who does volunteer work at his grandmother’s old-age home, and they meet after school at Princeton Review. They help each other study for the SATs and different AP courses, and then, after months of studying, and mountains of flashcards, they kiss chastely upon hearing the news that they both got into their top college choices. This is a song teens need to inadvertently memorize. Now that’s a song I’d request at Johnny Rockets! »

I really related to her at that stage and even throughout the book when I noticed we had a few things in common: we both share a profound love for books and we even spent a lapse of our childhood reading all the titles of Little House on the Prairie. We both love to spend hours in bookstores perusing endless magazines and books we can’t afford, we both love to decorate, we both love Colin Firth,

So by that time I quite liked her. I even did my homework and watched a few episodes of The Mindy Project and Ben & Matt on youtube. I didn’t get much of Matt & Ben but enjoyed her being Mindy Lahiri. I love her voice and she is very funny indeed.

Then, at the end of the book, I felt confused by some of the crap about “Guys need to do almost nothing to be great”, “In defense of chest hair” (??), “The day I stopped eating cupcakes”, her scrolling through her Blackberry’s pictures… and a few more. These are random essays about some of the things she seemed to have in mind at the time she wrote the book.

Overall, it is a light and quite funny read. It feels like you’re meeting a new friend over coffee. You get a glimpse of Mindy’s life through lists, anecdotes and random thoughts she had while writing about her life and memories. I thought he first part about her childhood and career was written really well. It was sometimes serious and sometimes funny. I liked the conversational tone and learning about her career path, but the last part kind of disappointed me. It was mostly because I felt it was out of place and confusing. But that’s just me.

Have you read it too? What did you think? Her academic journey was very inspiring and encouraging for any young girl aspiring to be Mindy (or not).