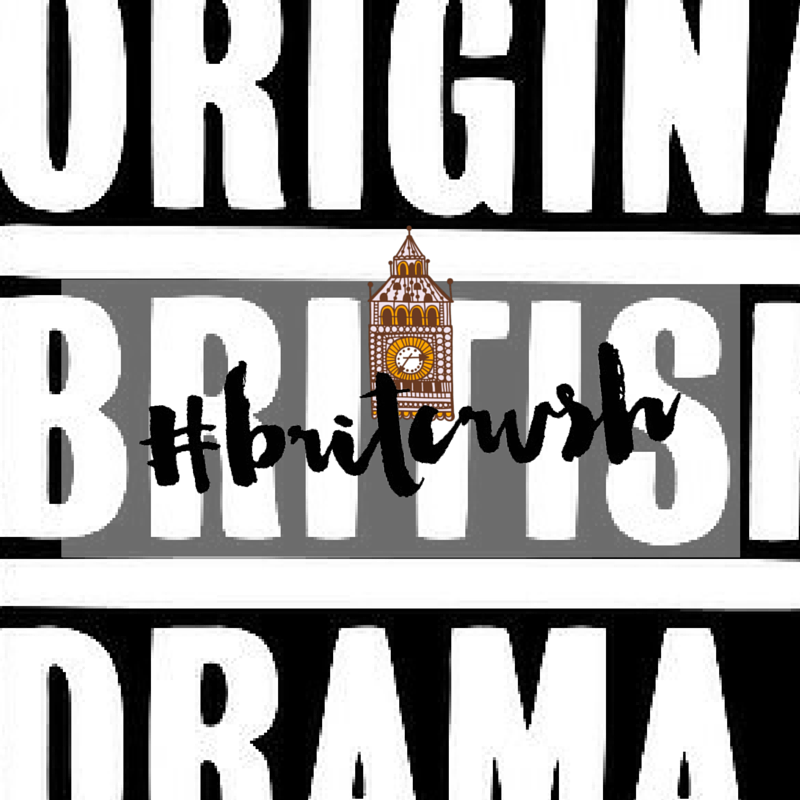 Who doesn’t love a good show? The BBC has practically never disappointed me. Here are a few of my favourite dramas that aired on BBC One or Two. The list of dramas that the BBC created is very long and so is my To-Watch list. If you have any recommendations of awesome shows that I still haven’t got around to see, feel free to share them with me! 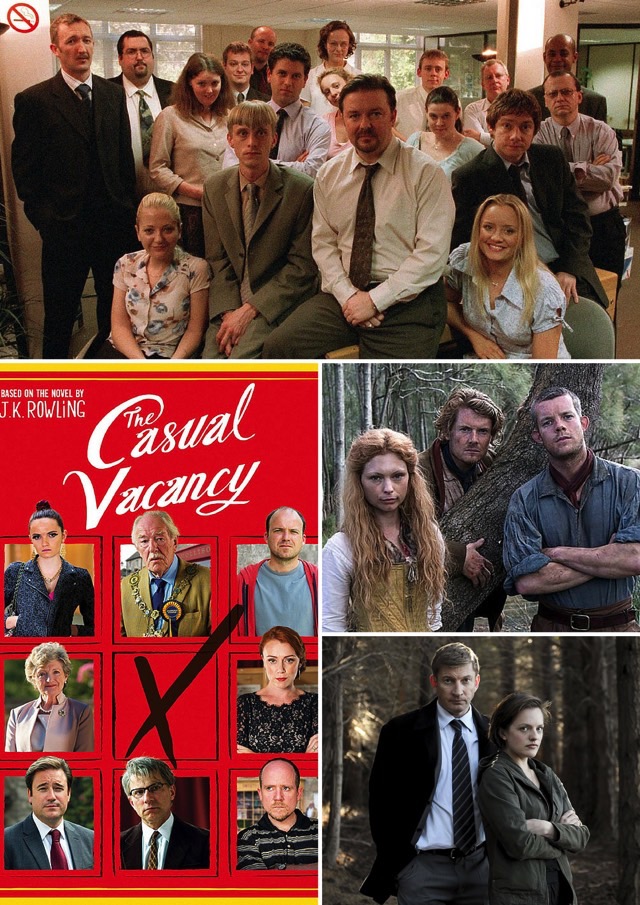 The Office | Absolutely amazing mockumentary about the daily life of an office somewhere in a boring industrial town that aired as a mini series of three seasons between 2001 and 2003. The manager David Brent is the most perfect boss you can ever wish for. Except you shouldn’t. He is the worst. The show is both hilarious and emotional and from love stories to disgusting jokes, you certainly will end up weeping at the finale. Like I did. Oh my! I loved that show.
The Casual Vacancy | This show just aired last March and is an adaptation from a book by the famous J.K. Rowling. Set in modern Britain, the plot follow the stories of the colourful characters of the small town of Pagford when a councilman dies suddenly, leaving his place in the council vacant. The eternal conflicts between the rich educated monsters and the weak poor drug addicts unable to get out of their shit is well portrayed in this three-part drama. Just by looking at the scenery and images, you’ll fall instantly in love with Pagford and its inhabitants even if there is a lot more to their story than you thought.
Banished | It’s just on BBC2 as I’m typing this! Set in beautiful New South Wales, Australia, the show relates, in seven episodes, the fictional life of a penal colony in 1788. Stories of weddings, whoring, murders, food stealing and women sharing will have you glued to the screen right from the first episode.
Top of the Lake | Seven-part drama that tells the disturbing story of the disappearance of a 12 years old in New Zealand. Robin Griffin (Peggy in Mad Men) leads the investigation in her hometown where, younger, she had lived a traumatic experience. On her quest to discover what really happened to Tui, she also learn more about her past. If you love breathtaking landscapes and stories that makes you uncomfortable, this show is for you. 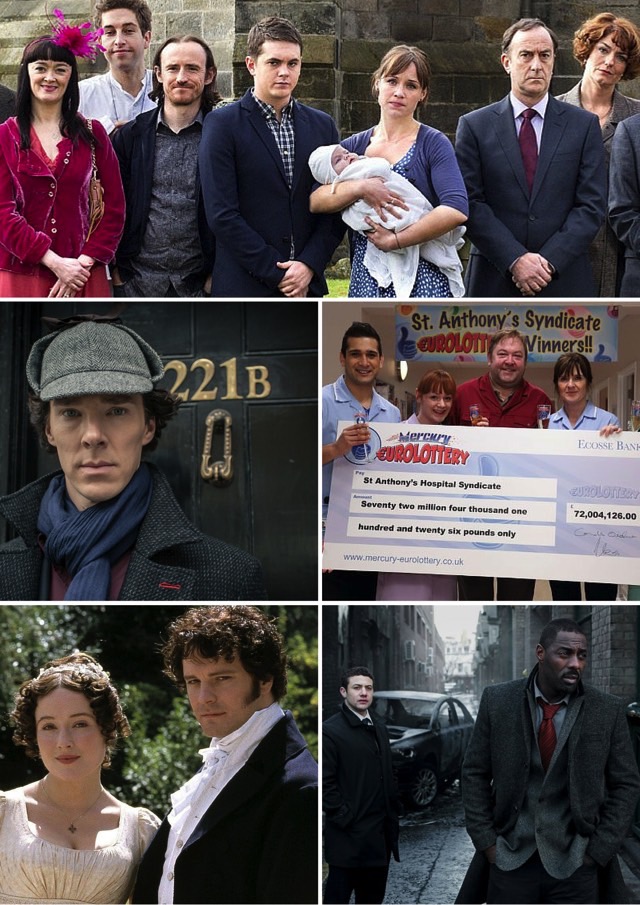 Pramface | To sensibilize kids to teen pregnancy, BBC Three came up with this very funny and modern comedy-drama. Aimed at a younger public obviously, I still grew fond of the couple and their struggles with pregnancy, parenthood and relationship. Mike, Jamie’s best friend, is absolutely hilarious and the decor was in my opinion perfect.
Sherlock | Martin Freeman as Watson and I just die. Benedict Cumberbatch is also brilliant as Sherlock, a very deranged detective who happens to be very smart. The way he connects the dots together is well done in the show. The drama aired for three years as a three-part show of an hour and a half. It is not enough, I crave its return (2015 Christmas special!) because I believe in Sherlock and love him to the moon and back. The writing is excellent, the decor is perfect, the actors are worth marrying, it’s simply the best adaptation of Sir Conan Doyle’s detective.
The Syndicate | Two seasons have aired already and relate the lives of a few workers who entered a lottery syndicate and won. Good and bad things happened to them and each episode centered on one worker’s point of view. The first season is set in a supermarket and the second one, in a hospital. In only six episodes in each season, you’ll discover what really happens when you win the lottery.
Pride and Prejudice | Colin Firth stars in Bridget Jones’ favourite drama that aired in 1995. Everyone fancy a love story and Pride and Prejudice is an absolute classic in its category. Mr Darcy made Colin Firth the man he is today: handsome, charming, perfect the way he is. He is just the pure definition of romantic.
Luther | Captivating, violent and absolutely thrilling crime series about a tormented detective that solves horrific murders and kidnappings in London. I had to hide under my pillow and took deep breaths before going to sleep because this show is like an exploding bomb: it’s surprising, scary and terribly real, your nerves will definitely be tested.