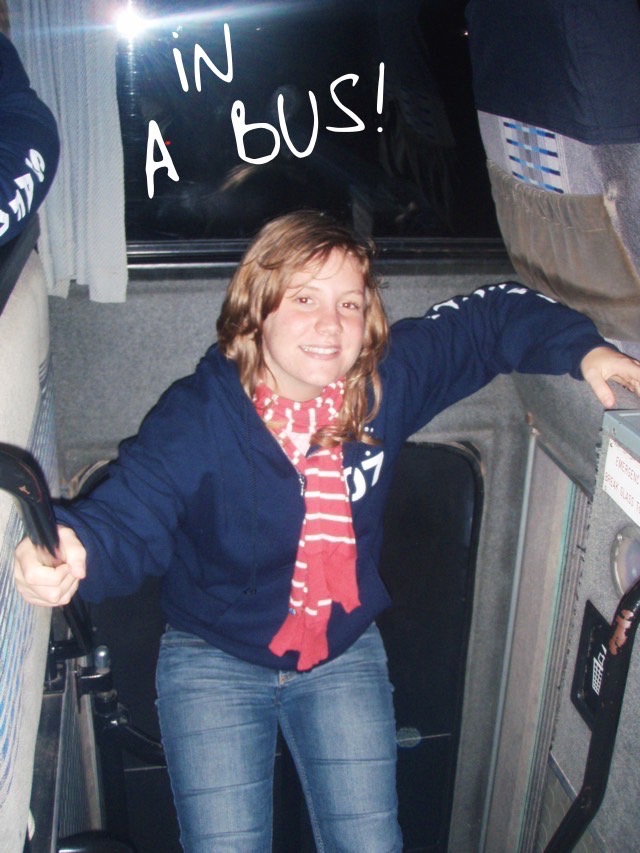 This morning the bus departed from the Gold Coast Transit Centre in Surfers Paradise a bit later than the planned time which was 4AM… early!
Next, we arrived in Ballina around 6:10AM and picked up a small group of kids. At around 7:30AM we all stopped at McDonalds in Grafton for Brekkie and to pick up other students. By 9:30AM we were in Coffs Harbour and 11:30 at Port Macquarie. Then lunch was at Taree where the last group of kids were picked up and we headed for the highway. 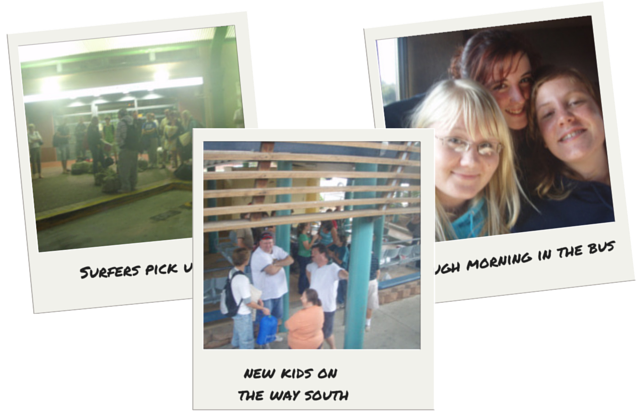 THE BUS – after the excitement passed we realized there was no DVD player (TV’s but no DVD) and no CD player. So we all resorted to our ipods for a while and played UNO for some time too. Then we stopped for a comfort stop in Beresfield but ended up staying for 3 hours there ’cause the bus was about to break down. So we had dinner (chicken, veggie, mashed potatoes) in the charming car park full of trucks where a petrol station was located. We played footy, volley ball and listened to music. Finally, we left at around 7 o’clock and arrived at Marraban at around 9 o’clock to rainy and muddy weather. Everyone was assigned cabins and everyone except for the boys was divided by district. Some lucky girls got a shower in their cabin. Also on the bus we learned abut our mascot, a platypus which we have not named yet.

Good night! Thanks for a good day.

P.S. at lunch we got our t-shirts and jumpers. They are so nice! 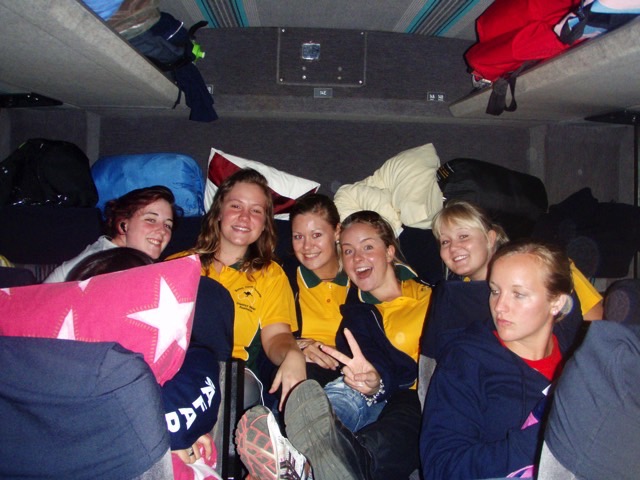