For those of you not familiar with the term, sit back and enjoy yourself as you’re about to spend a full day with me!

Haha! I’ve been loving blogs since forever (no, actually since 2006.) AND I’ve always loved those posts. I had already thought of that before, but I was very reluctant to do it because, well you know, I’m not a selfie taker, I have the most boring life (most days anyway) and I just can’t bring myself to photograph everything in front of everybody who’s just gonna stare back at me and think that I’m insane.
(I secretly hope Santa brings me a very awesome camera so I can make those perfect blog worthy pics but until then… let’s just dream, will we?)
Recently, I thought about my daily routines and I fondly remembered my days as a very energetic teenager. How much I crammed in those days, it’s unbelievable! I did a lot before school, I loved those mornings when my parents were not there, we could do anything we wanted (they both worked and our neighboor drove us to school everyday).
Then, I thought about my awesome days as an exchange student! I was kind of a morning person too: I still went to school and more importantly I had my rowing class (is that a thing?) at 5am. I used to bike there as well! When you think about it, it’s the dream lifestyle! How much would I give to be able to have a nice, relaxing walk on the beach in the Australian (spring/summer) weather before heading to work??? Probably a lot.
My work situation is going to change very soon so I thought about the “a day in the life” posts and I decided it was a perfect opportunity to highlight those ending times. I’m imagining myself looking back at this post and thinking: wow! how much life can change so fast!
So, all of this happened last Monday. I thought I would do it with the dullest of days. The bf didn’t come home because of work and stayed with his parents (who live much closer to his job) in case you’re wondering.
Let’s get started, shall we? 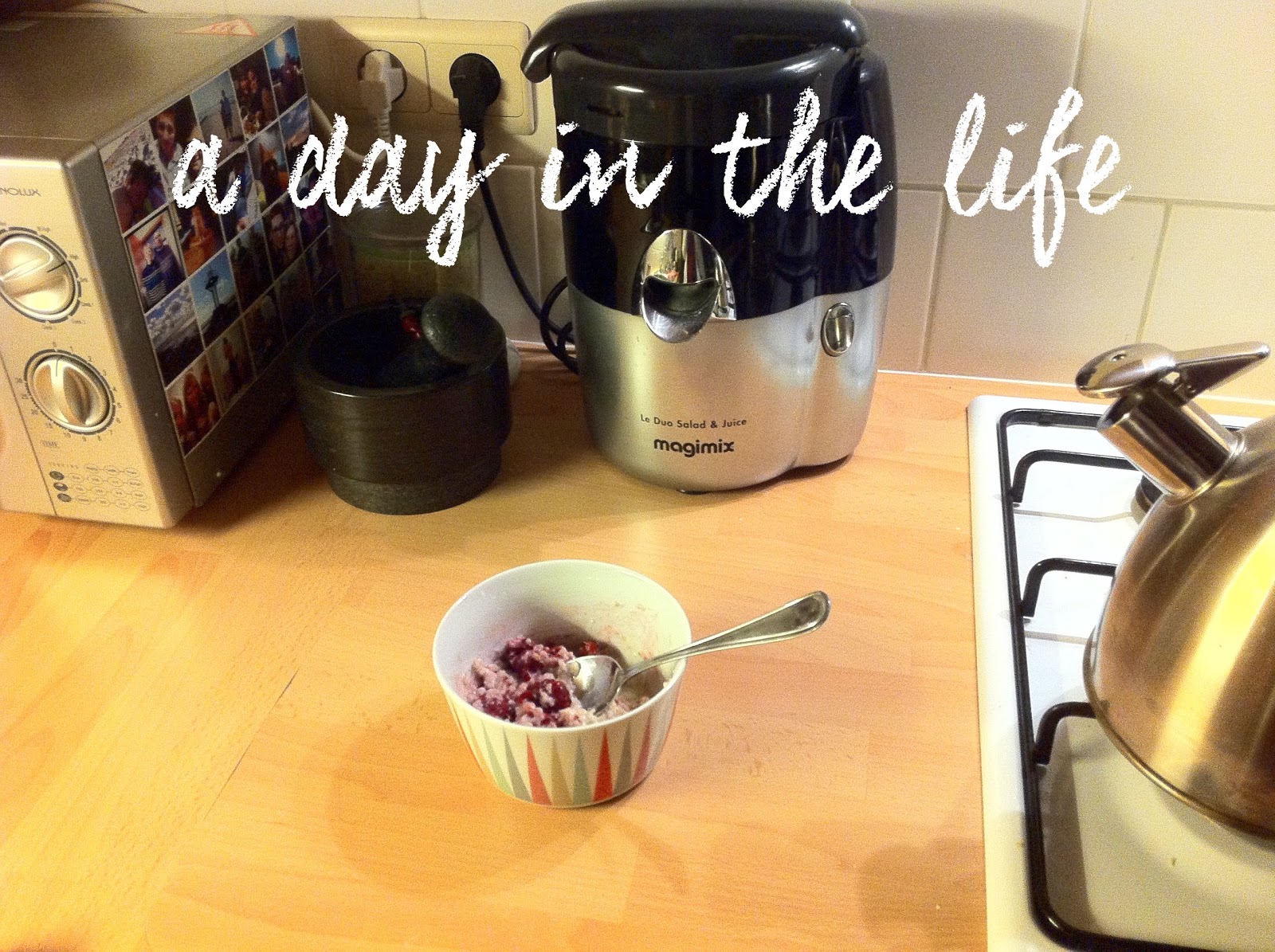 I woke up at 5.50am but got up at 6.03am because I’m very lazy.
I got ready for the day very quick (no make up because I only wear my contacts later in the day, and my optometrist always says: “no make up before you put your contacts on!”). I lay down my clothes the night before so I don’t waste time with those existential questions so early in the morning.
I warmed some oats up and added some frozen raspberries (yum!). Usually, I eat some generic corn flakes because it’s faster… Before working this shift, I used to eat oatmeal/frozen raspberries practically every morning with a fresh orange/veggies juice but I don’t have time anymore as I found it harder to get up to start working so early… Life’s complicated!
The bf got up at 6.15am and ate a bowl of corn flakes too.
I kissed him hello/goodbye five minutes later. 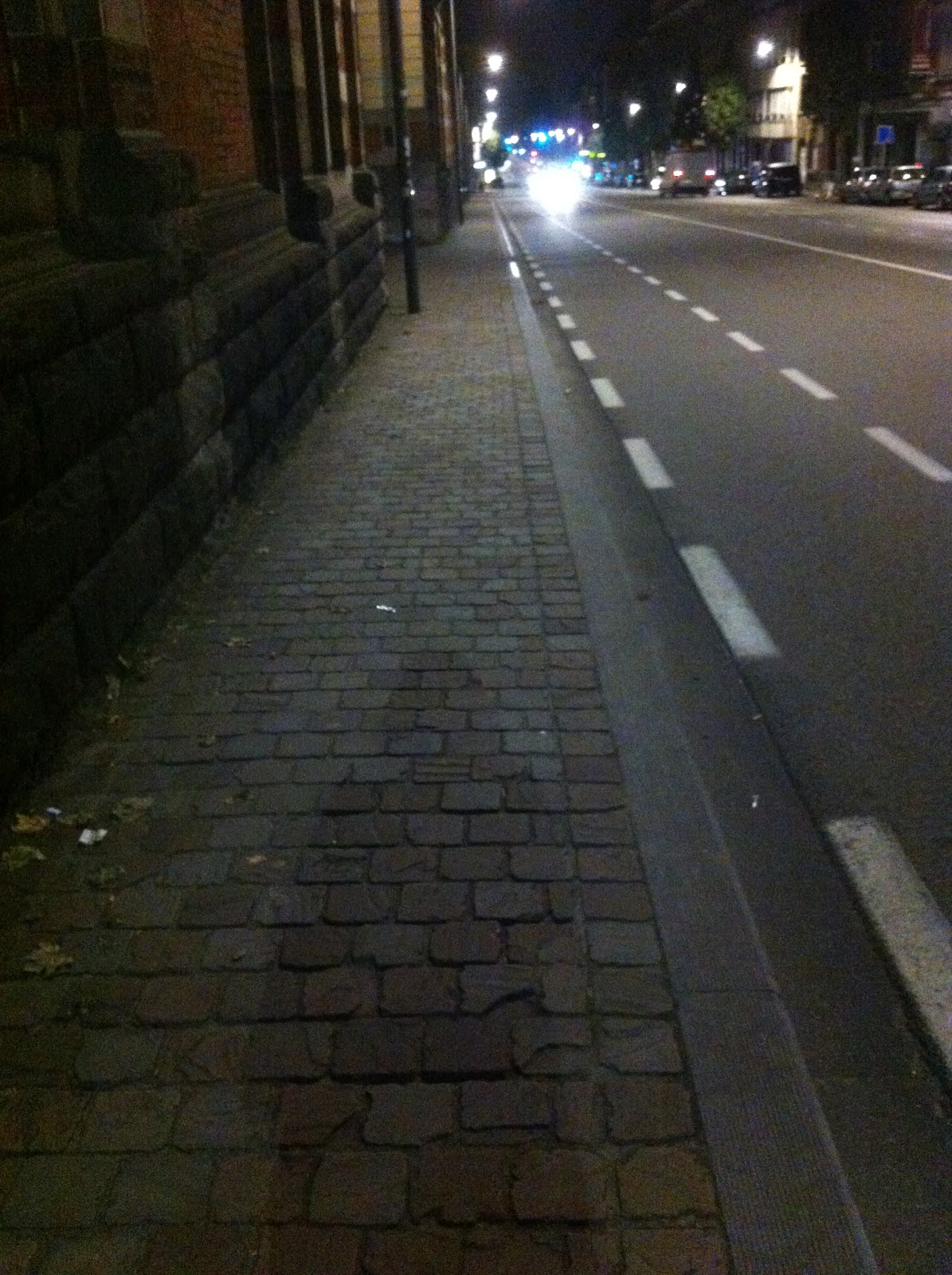 At 6.23am I started walking to work.
I arrived at 6.30 (it’s down my street!!) and started my secret/highly important job. 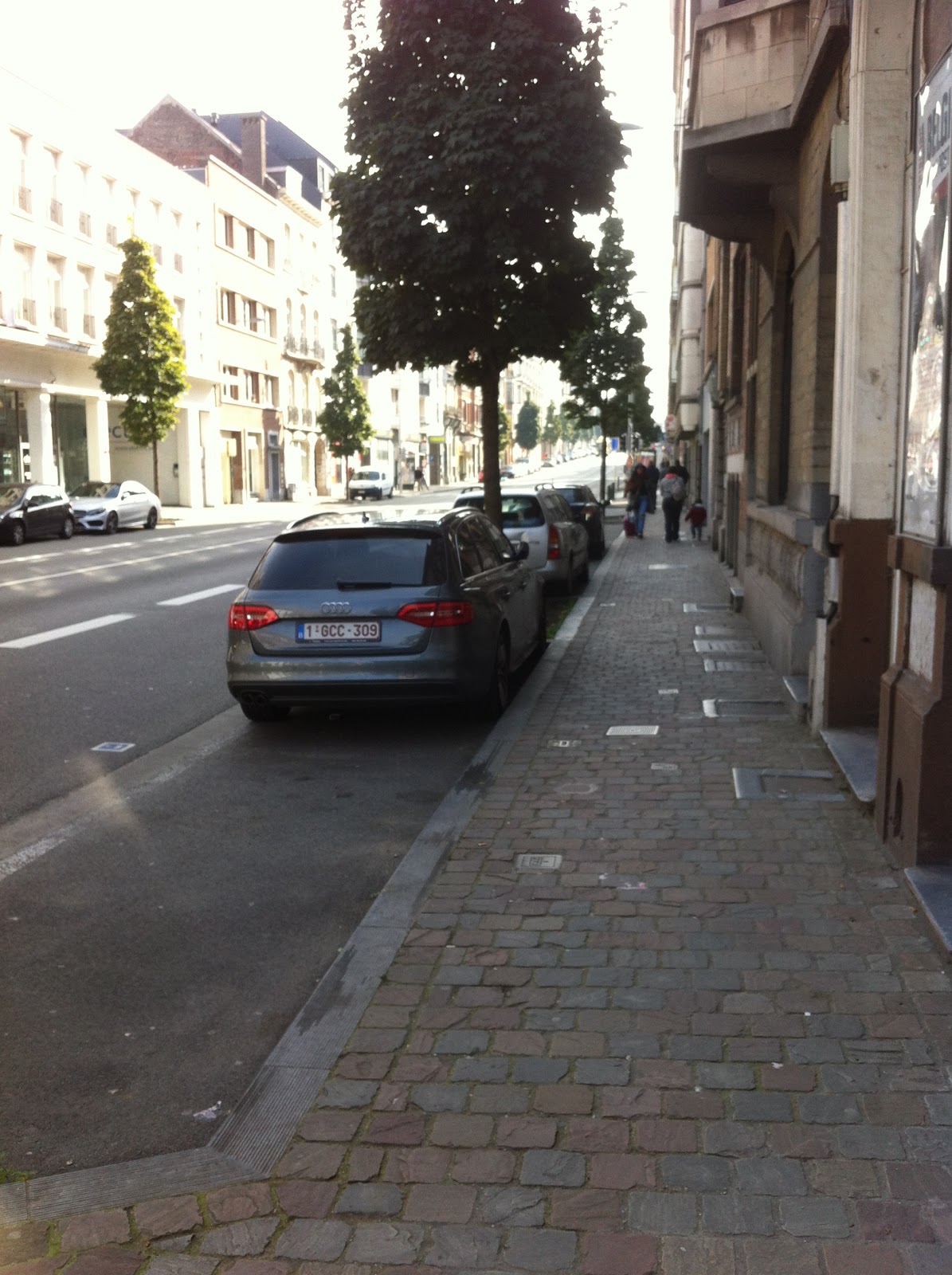 At around 1.30pm, I left work and headed home.
At home, I ate some leftovers: lamb chops with a tomato soup and some potatoes.
Then I ate two slices of apple cake.
Forgot to take a pic.
As I needed to go to a class not long after,  I just chilled in front of my laptop: I checked my emails, Facebook and the blog. 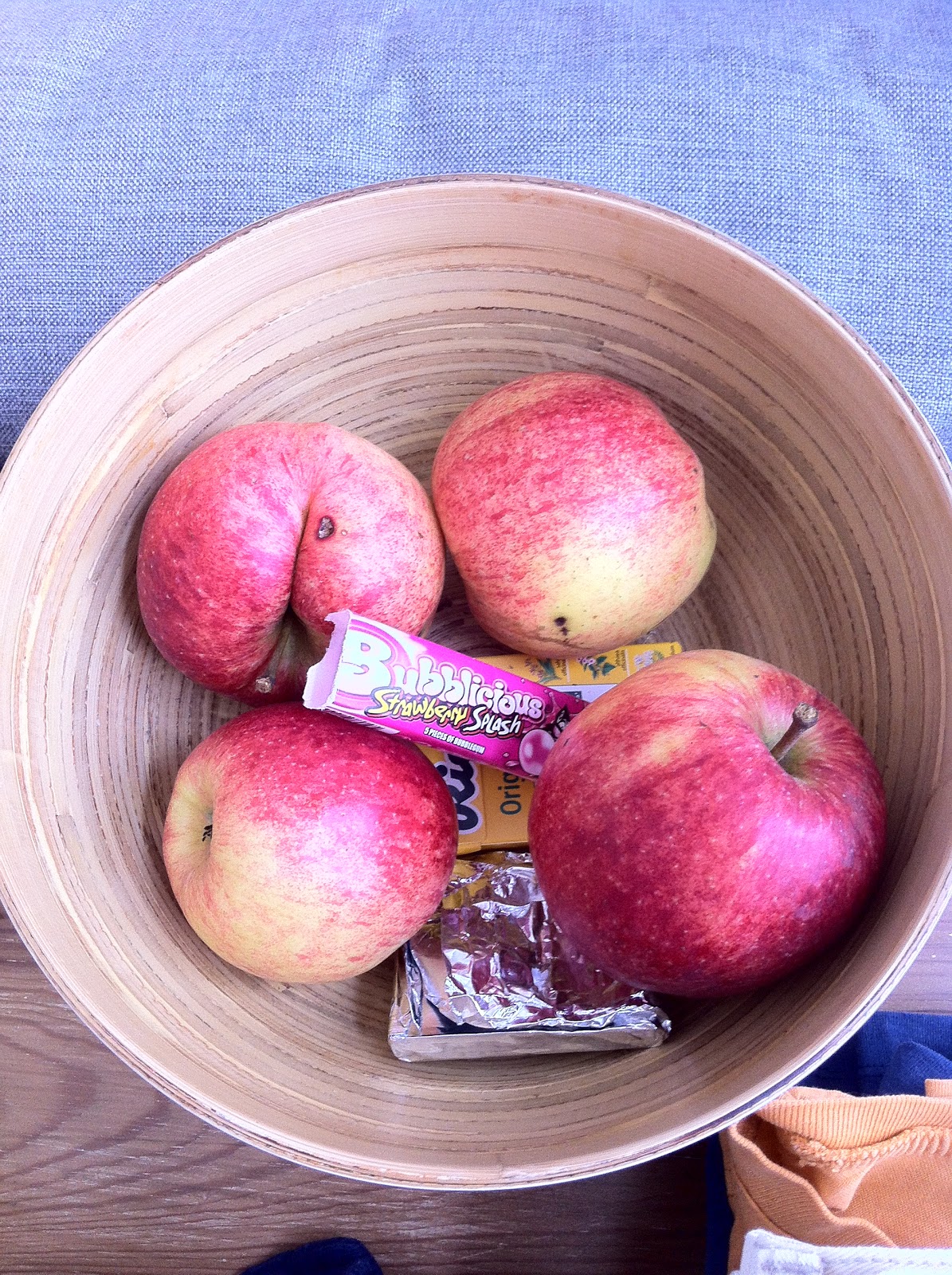 I picked up… a chewing gum and headed to the station at 2.40pm to catch a train to Louvain-La-Neuve. 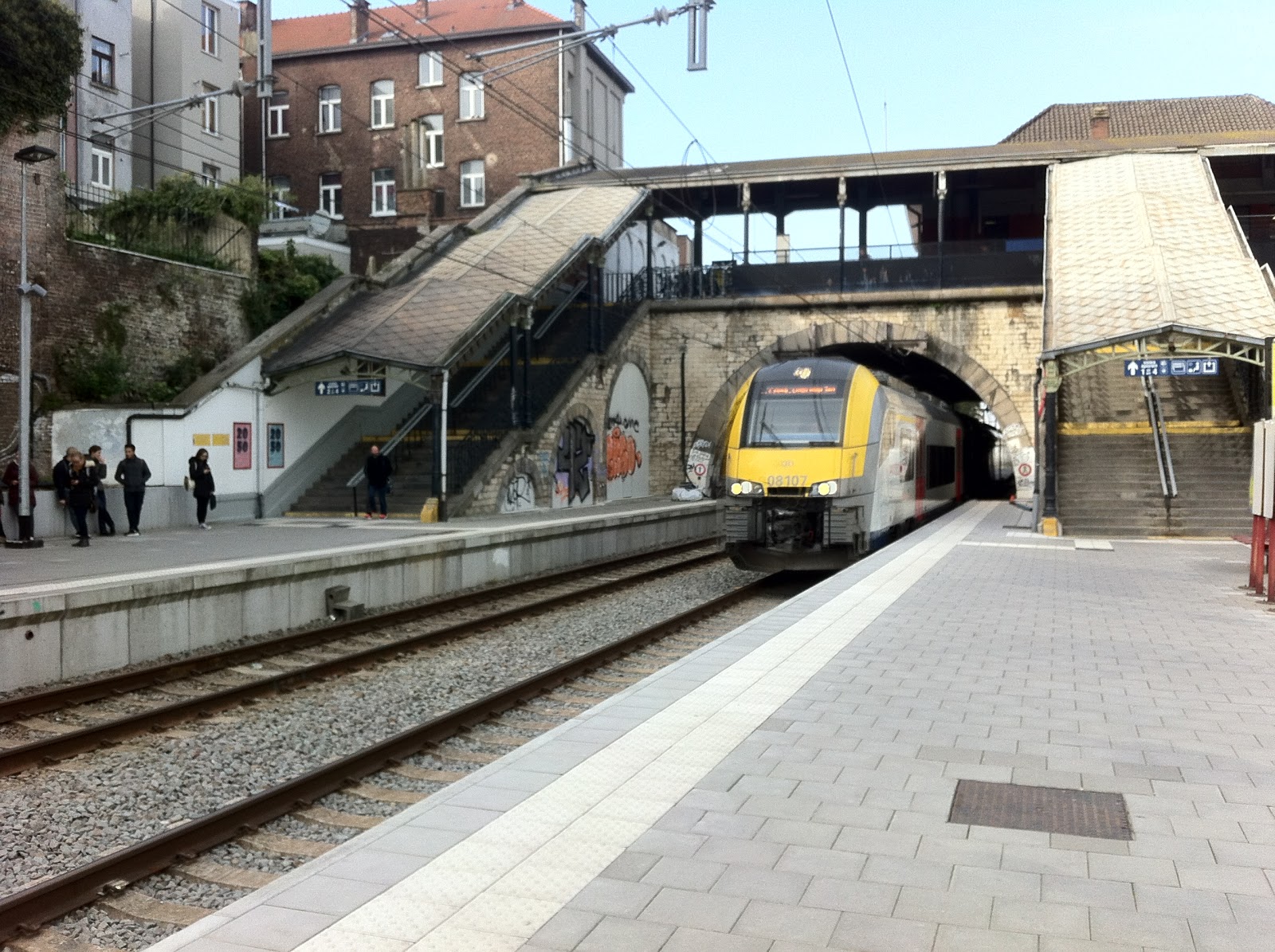 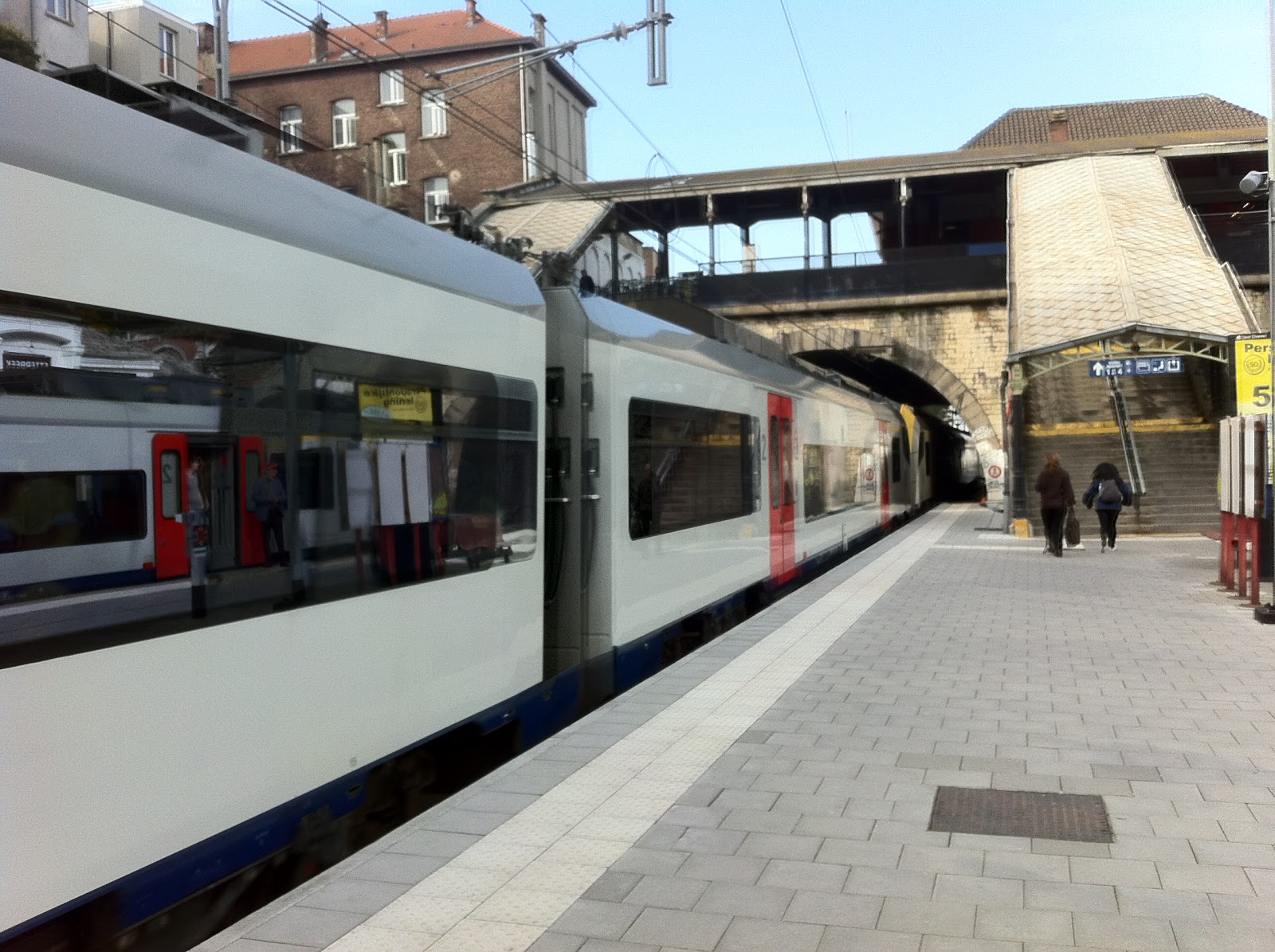 I spent 30 min reading the paper and my book “Snobs” by Julian Fellowes. 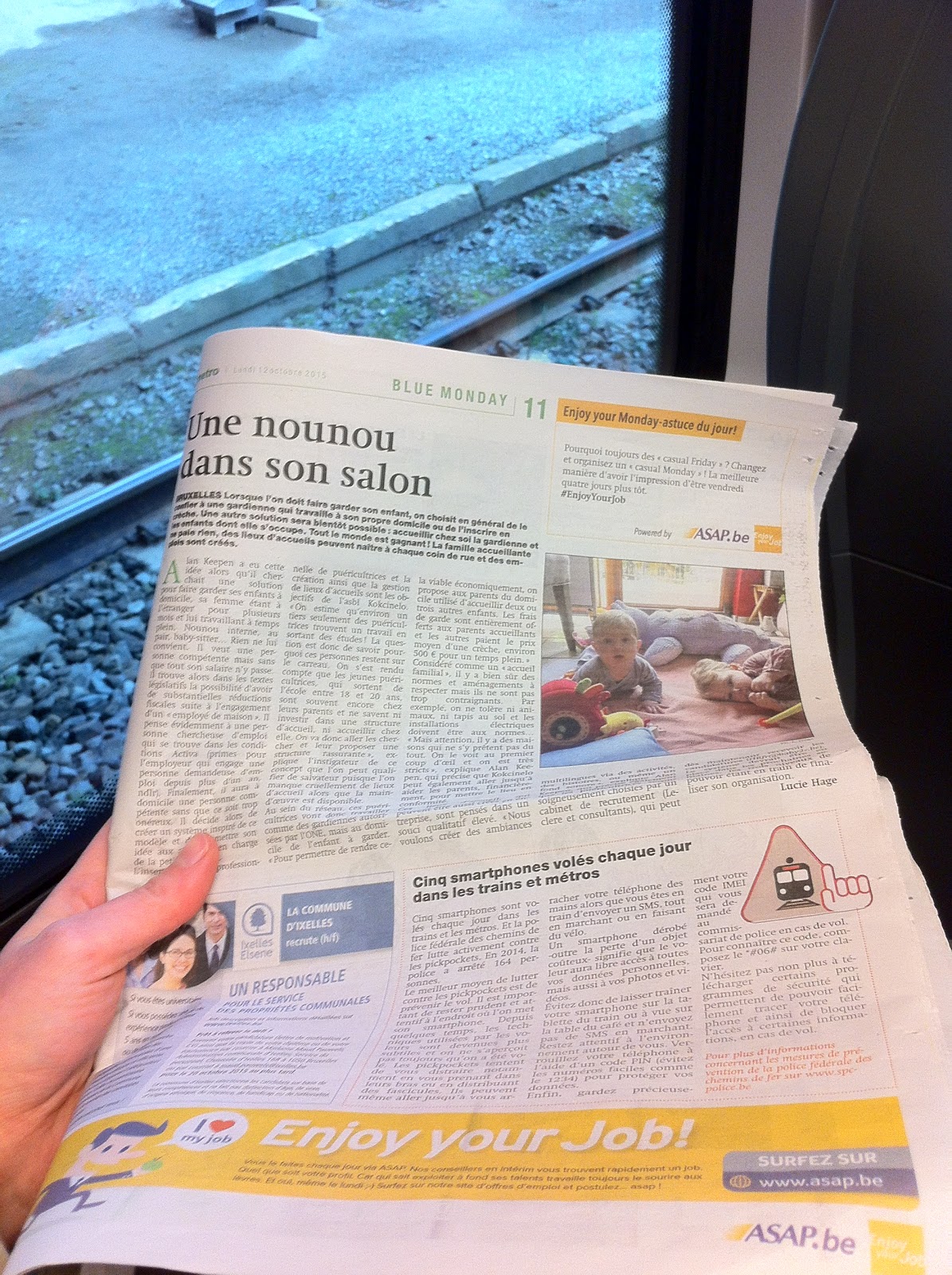 There was a very interesting article about stolen phones on the train. (sarcastic tone)
The train arrived 15 min late so I missed my coffee date with myself (I normally have a cuppa at Exki before the class starts at 4.15pm) so I headed straight to uni to check out wether I was on a certain list or not. 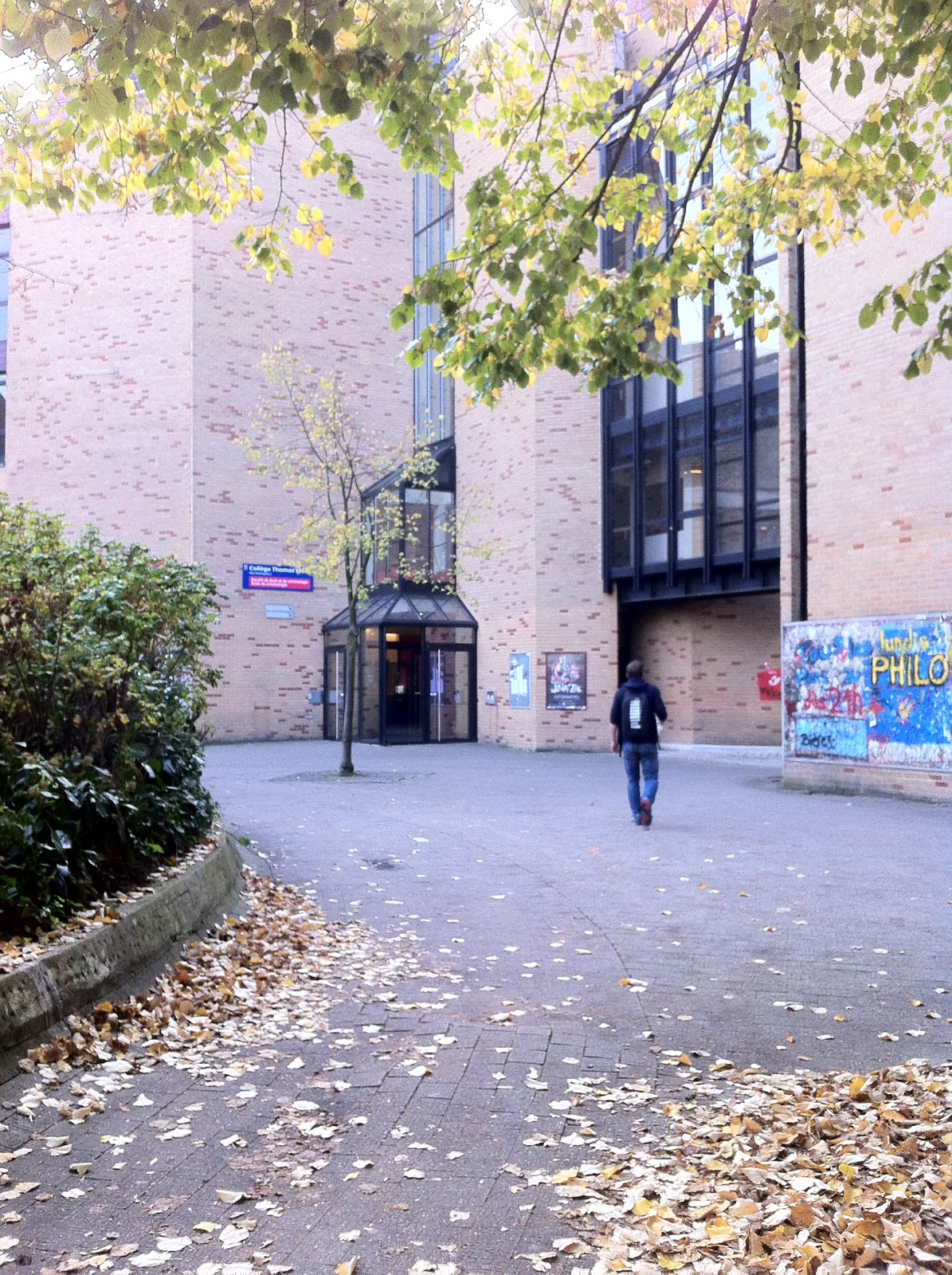 Turned out I’m on it!
Then I headed to another building to attend my lecture. 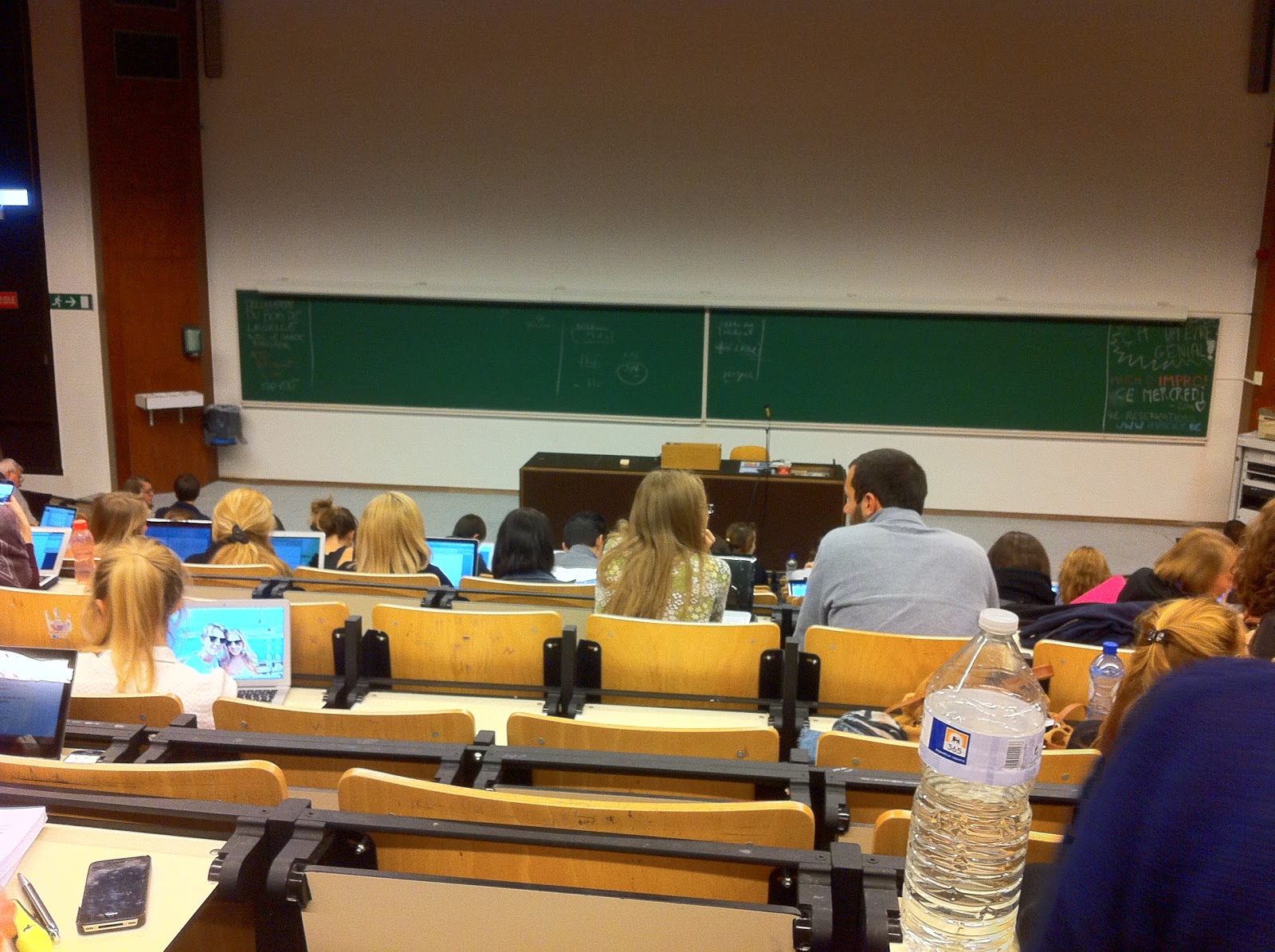 The professor also arrived 15 min late and it finally started. 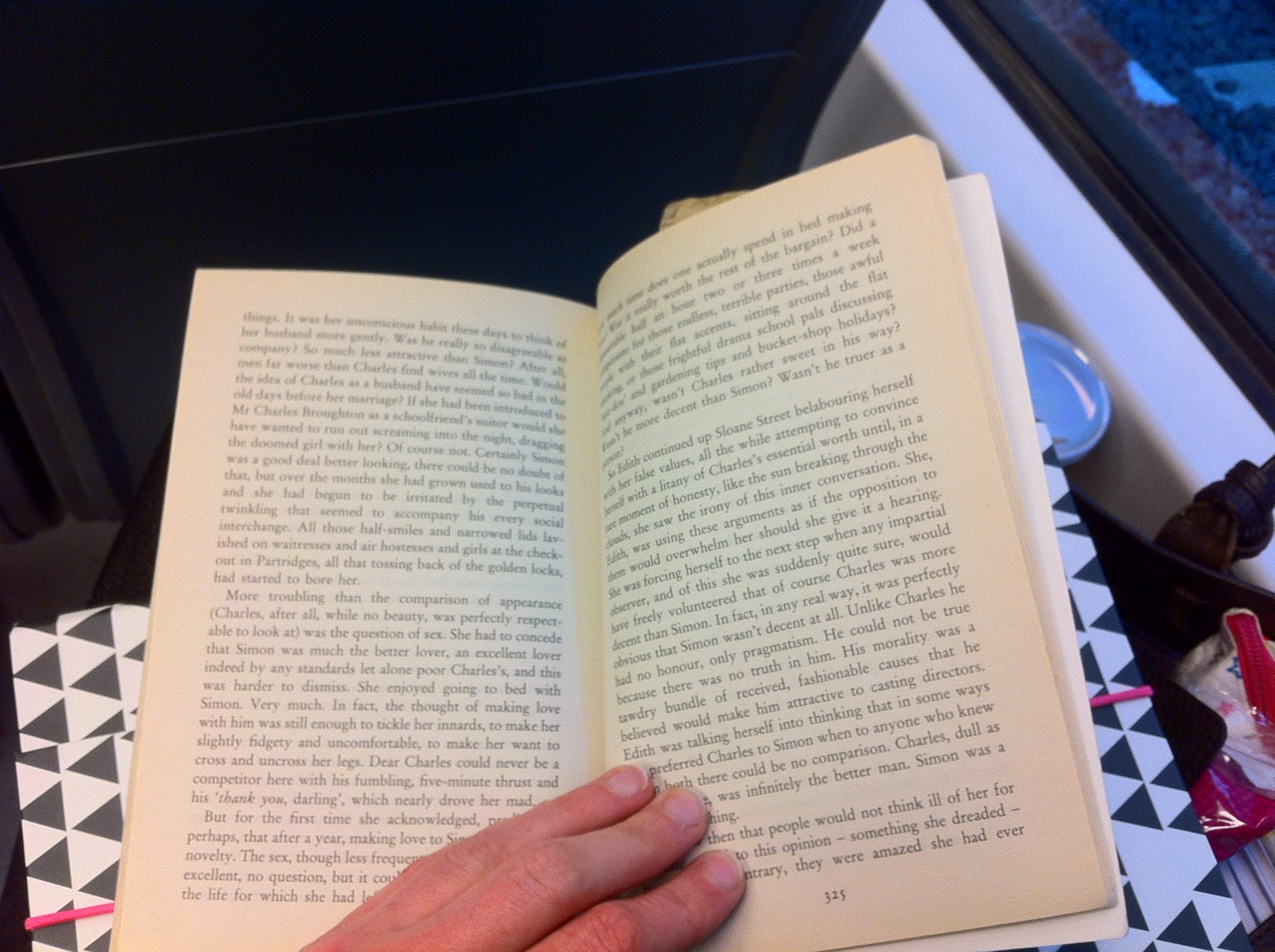 At 6.40pm, I caught the train back to Brussels and managed to finish reading my book “Snobs”.
(Utterly boring read, I don’t recommend it)
I arrived home at approximately 7.20pm and headed straight to the shower while I had another bowl of soup reheated in the microwave.
I ate it with some bread, had a biscuit and then worked at my little office. 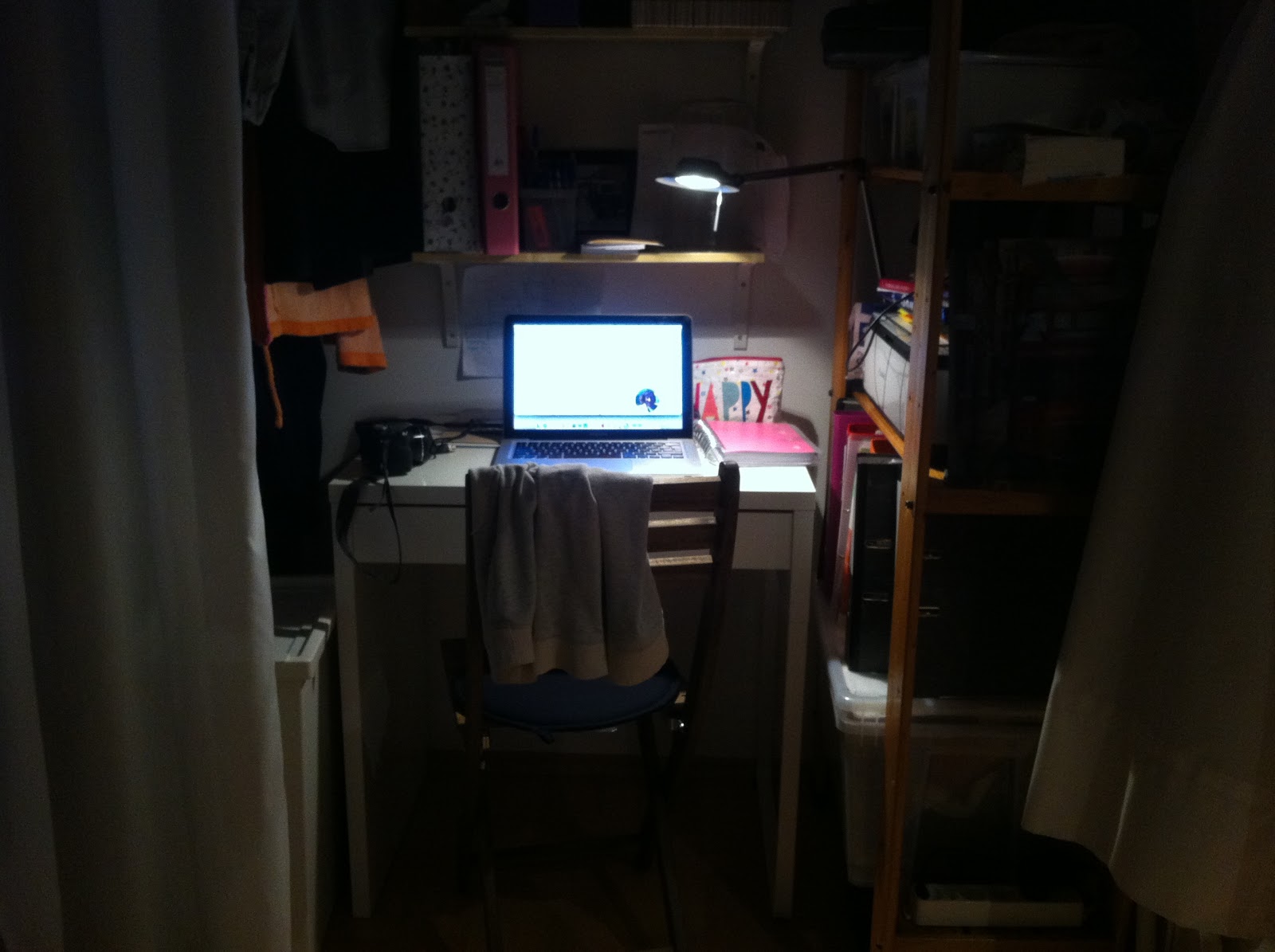 I had planned to watch some telly but I decided against it. I was pretty tired after this very uneventful day so I went to bed. 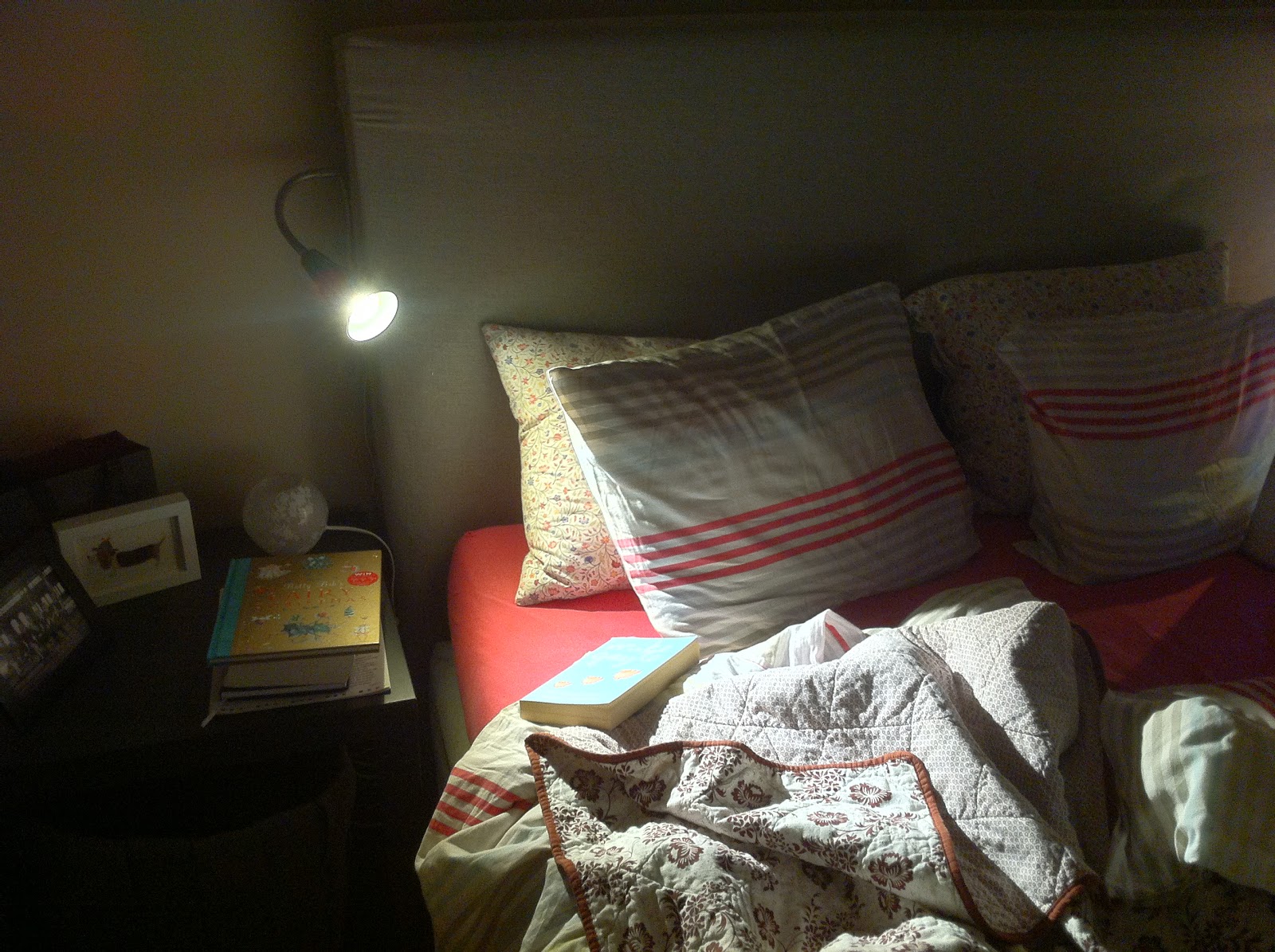 I love this moment! I feel like my bed is the most inviting bed in the world! Except for the mattress, I loooooove it! I warmed myself up under the blanket but I have to say, I felt rather lonely :'(
Have a good night!