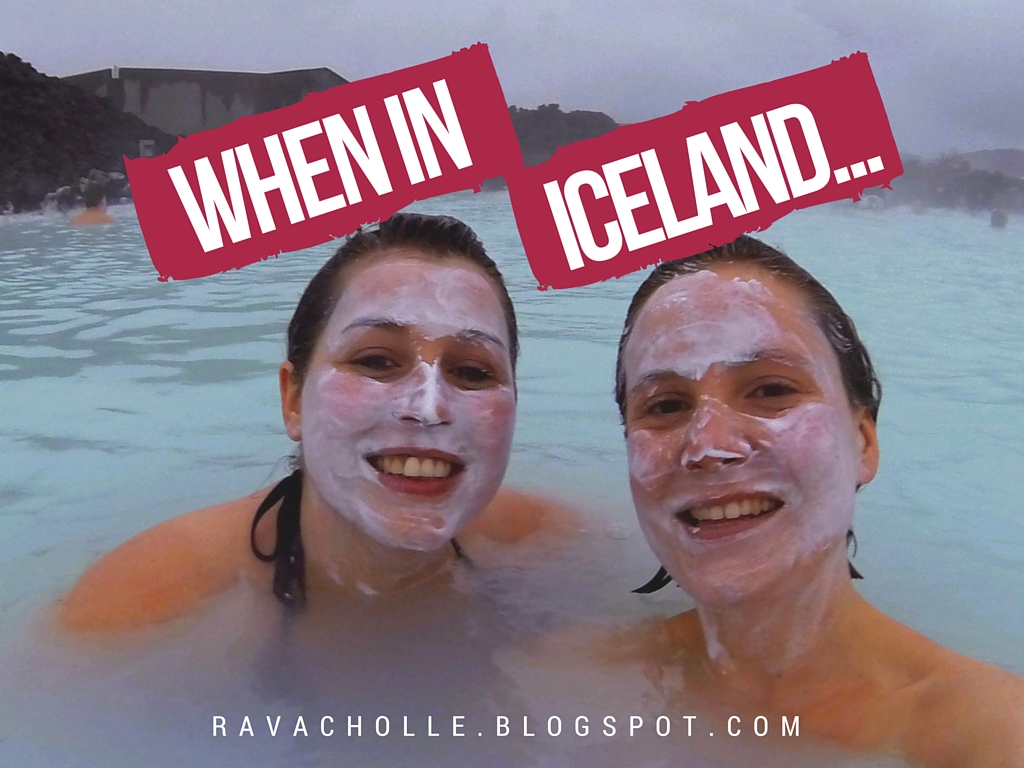 Psst! Don’t forget to check my video at the end of the post!

My friend -who is a travel agent !!- and I spent the last weekend in Iceland! We put on our tourist costume and did all the must-do/see things possible in the shortest time…

Apparently, the MUST-DO/SEE things in Reykjavik and around (according to a commercial documentary seen in the plane) are:
We did it all. 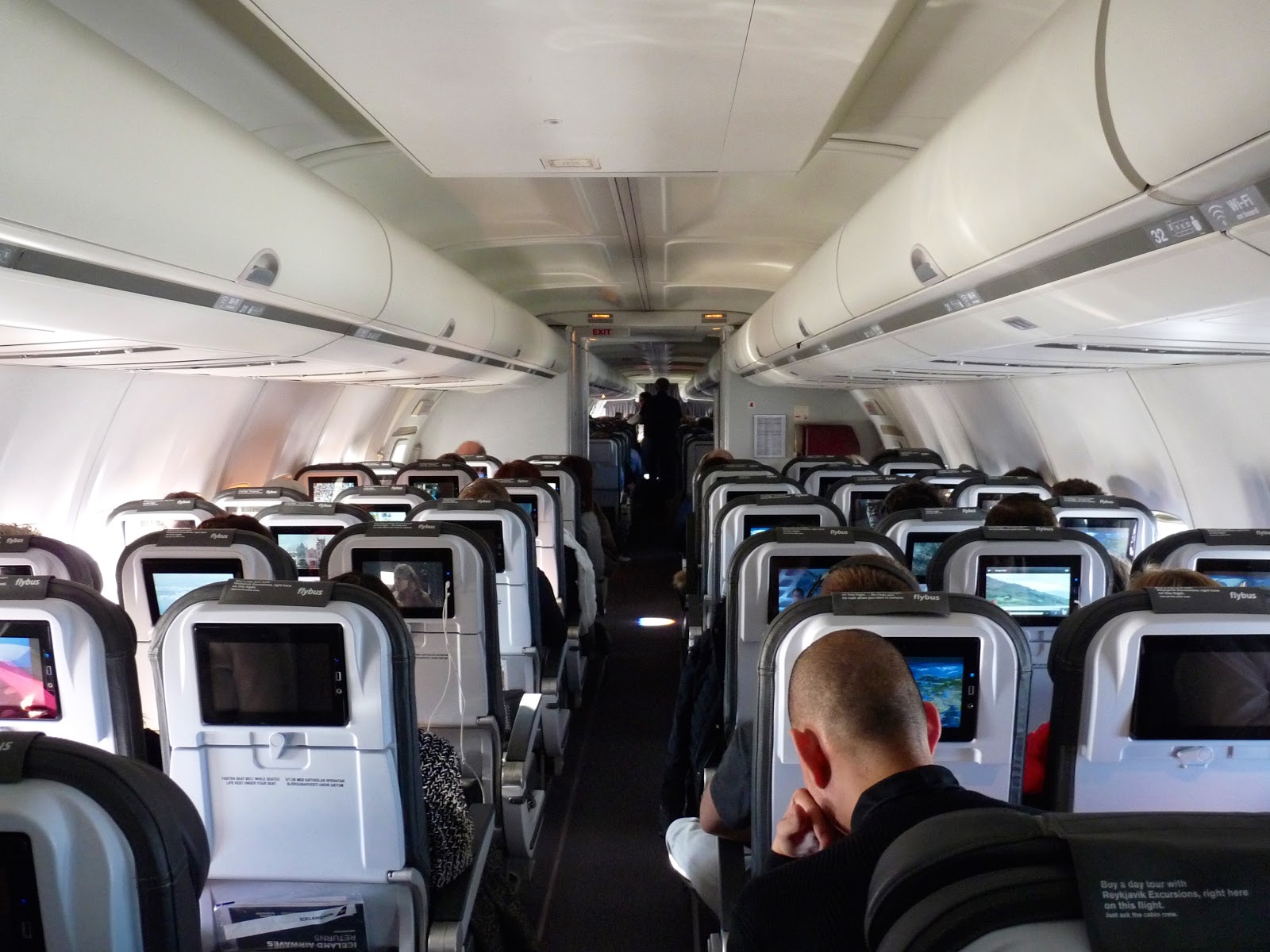 We flew in with Icelandair. I was amazed. Either it’s been a while since I flew somewhere (last year actually…) either I should stop flying with Ryanair… because it was awesome.
Fresh complimentary Islandic water and movies à la carte, I had a good time. The aircraft felt pretty new and it was roomy and comfy. 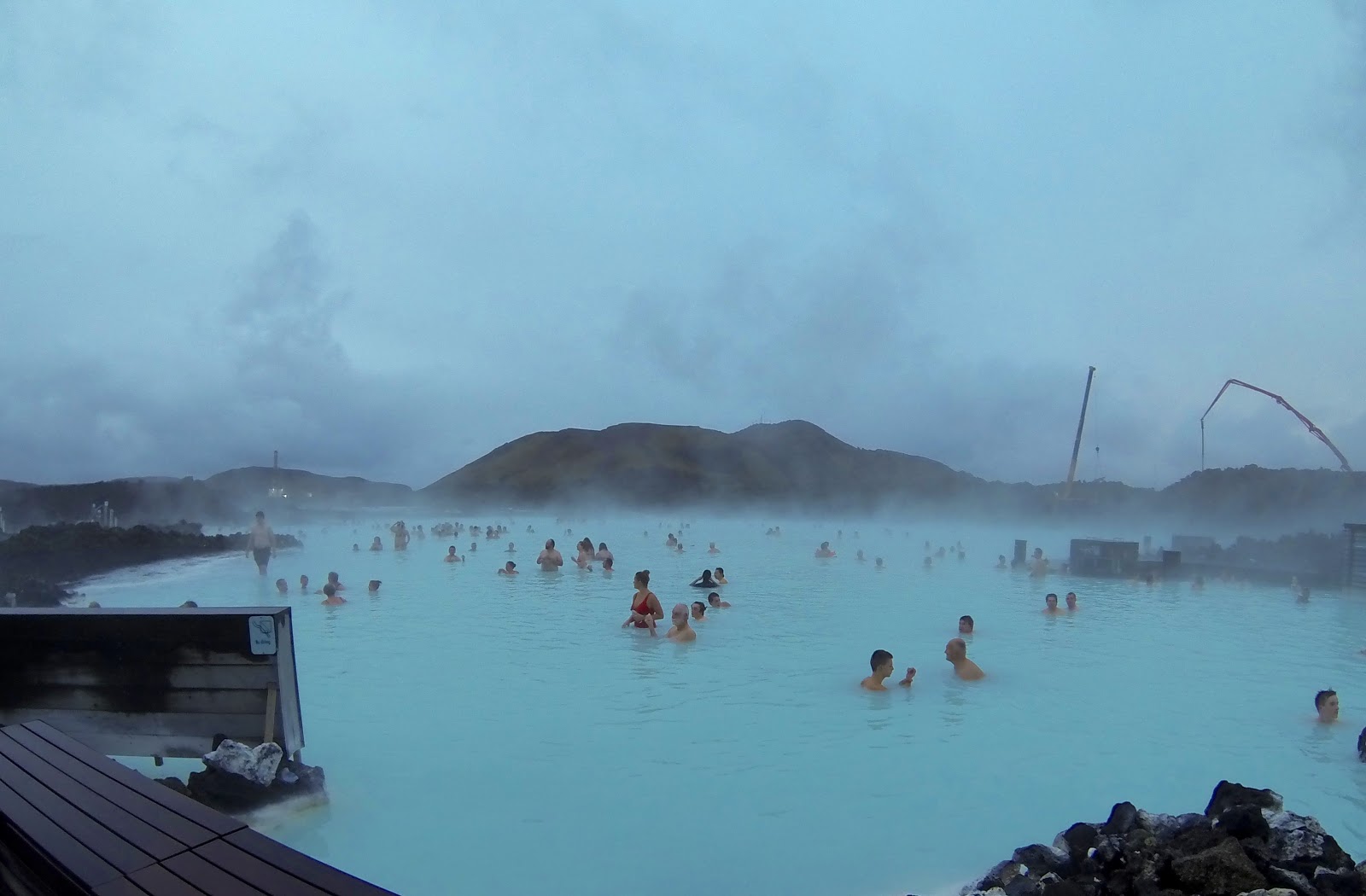 As soon as we arrived, we headed to the Blue Lagoon, a geothermal spa. On the way, we admired the landscape: lava fields à perte de vue. It was surreal. The sky was gray but it wasn’t as cold as we thought.
When we got into our swimsuits and opened the door to get in the water we actually felt the real temperature and at approximately 1°C we got in the lagoon pretty fast…
The warm lagoon got us very relaxed and we even had a drink to celebrate! The water was at 39°C and there was vapor all around making it very special. Unfortunately all the kids from the UK were on holiday and we heard/saw them A LOT. But it didn’t annoy us too much because the lagoon is large and we quickly found a more tranquil spot to splash about. 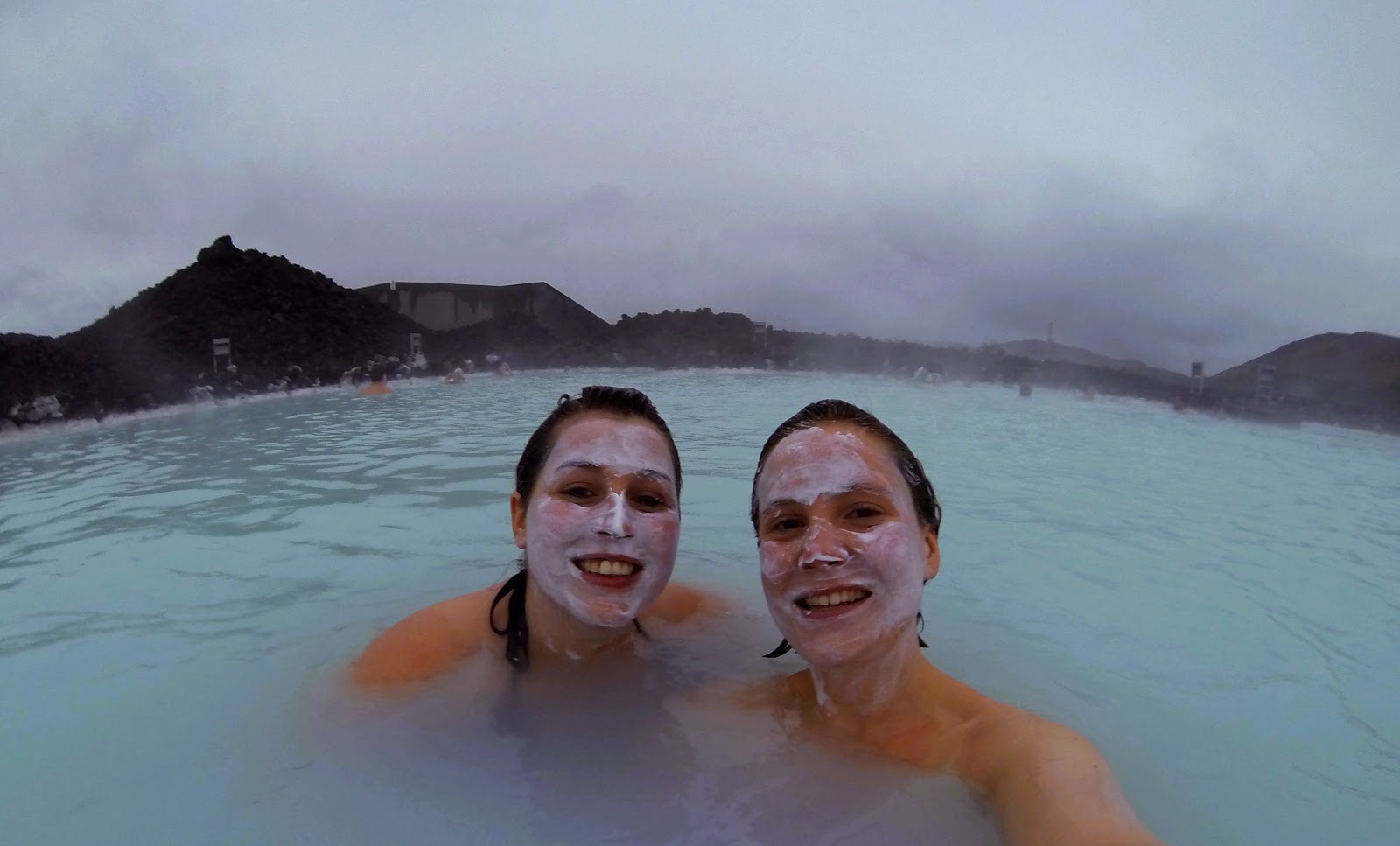 I would definitely recommend going to the Lagoon after landing as it was very relaxing after “the stress” of the flight. We were visiting in the afternoon and we were happy to get there before dark because the blue color does look stunning in contrast with the black lava bed.
In the evening, we checked in our hotel situated right in the center of the city and we enjoyed a pleasant meal at the Bistro. 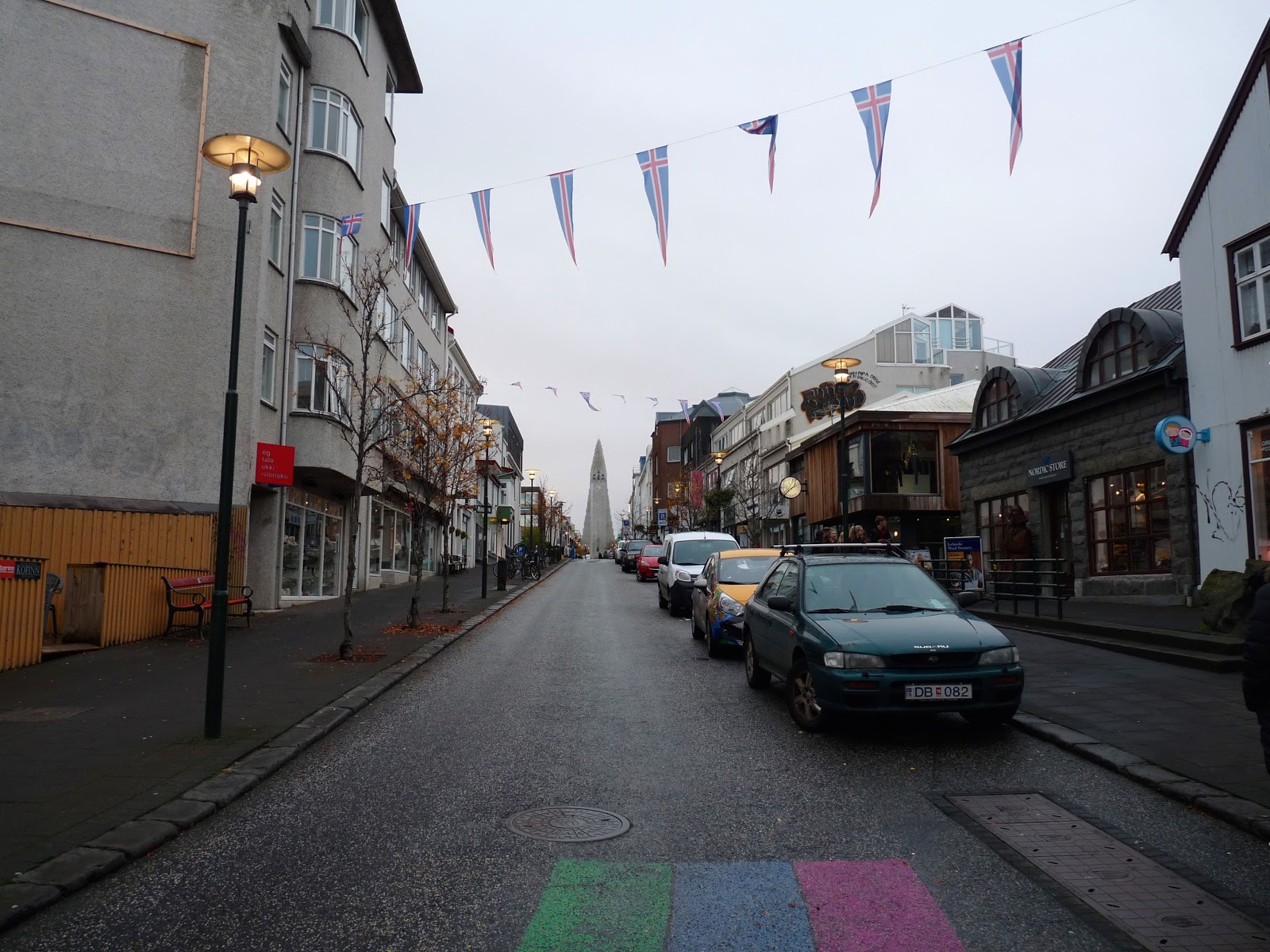 The next day started with the visit of the largest Lutheran church of Iceland, Hallgrimskirkja. At the top, we enjoyed the sight. 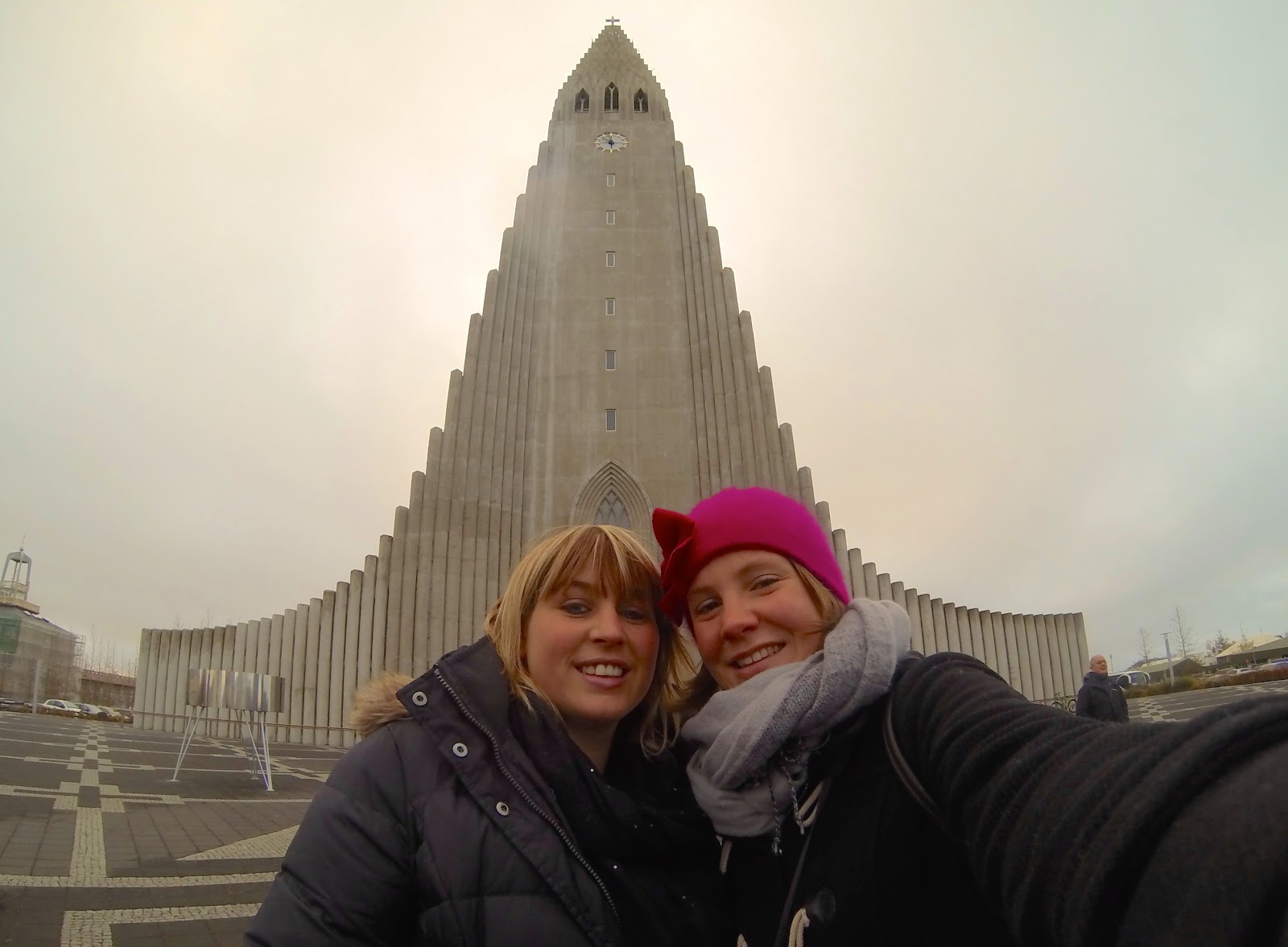 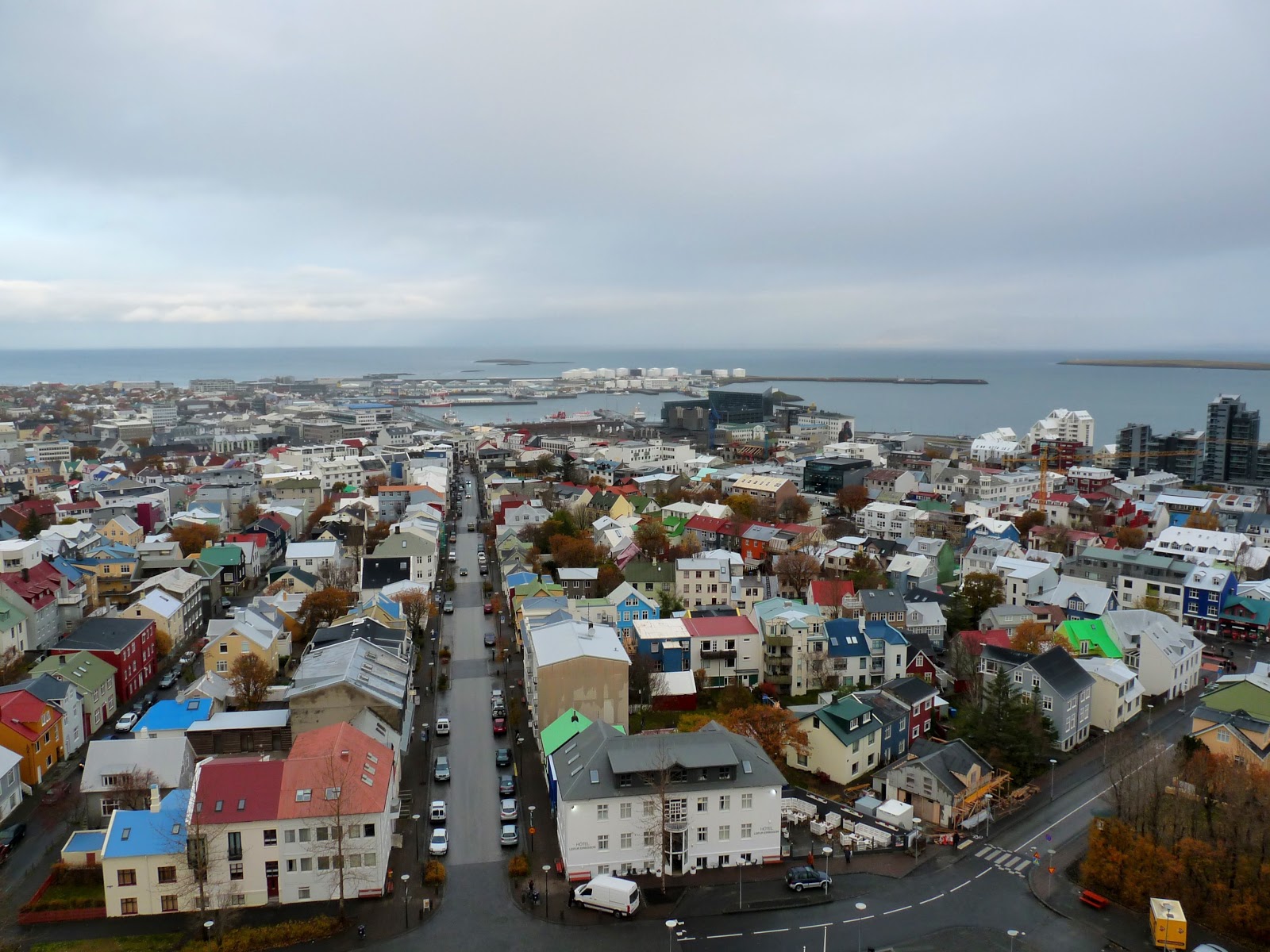 Then, we had stroll around town, visited a few shops but didn’t buy anything because of the steep prices and after a detour by the Harpa, we arrived at the port and then at the Whales of Iceland Museum. 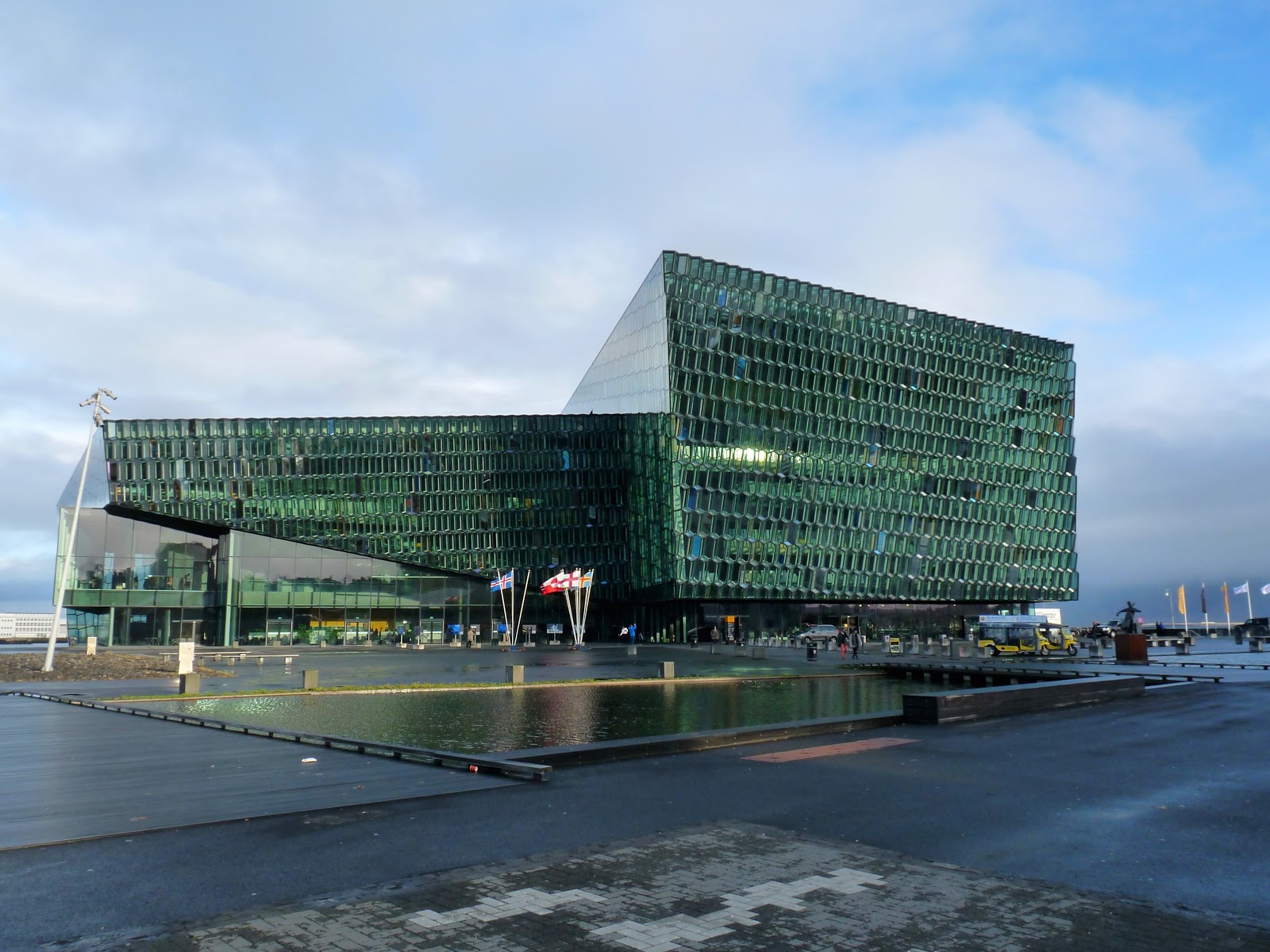 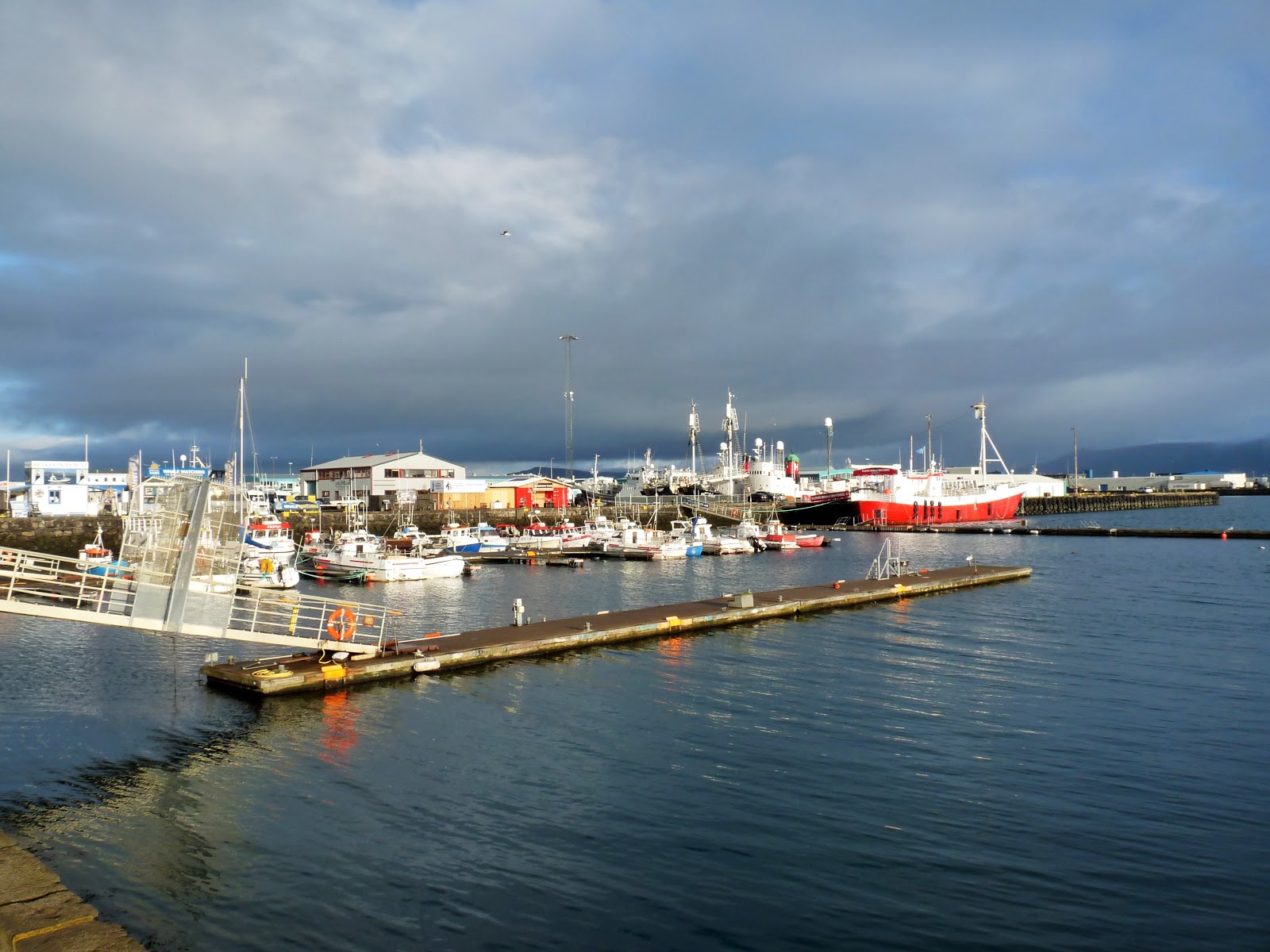 While the entry was pricey, the exhibition was interesting. Inside were presented real-life sized whales and I learned some (sad) info about Keiko, the orq from Free Willy…
After the visit we had a very good meal at a very kitsch Italian restaurant and we had a little rest in the hotel. We went out to visit a shopping mall and we went back to the hotel to get ready for our big night.
We had booked a Northern Lights tour and we enjoyed being in the dark with a thousand people in a parking lot (Walter Mitty was filmed there!!) where we couldn’t see a thing while it was freezing cold. We saw some lights that were not very strong but still there. They were fabulous of course but the cold made us go back to the bus asap and we fell asleep on the way back to the hotel.
The next day was epic because it was the Golden Circle day. We visited three must-see attractions on this very very very popular tour. 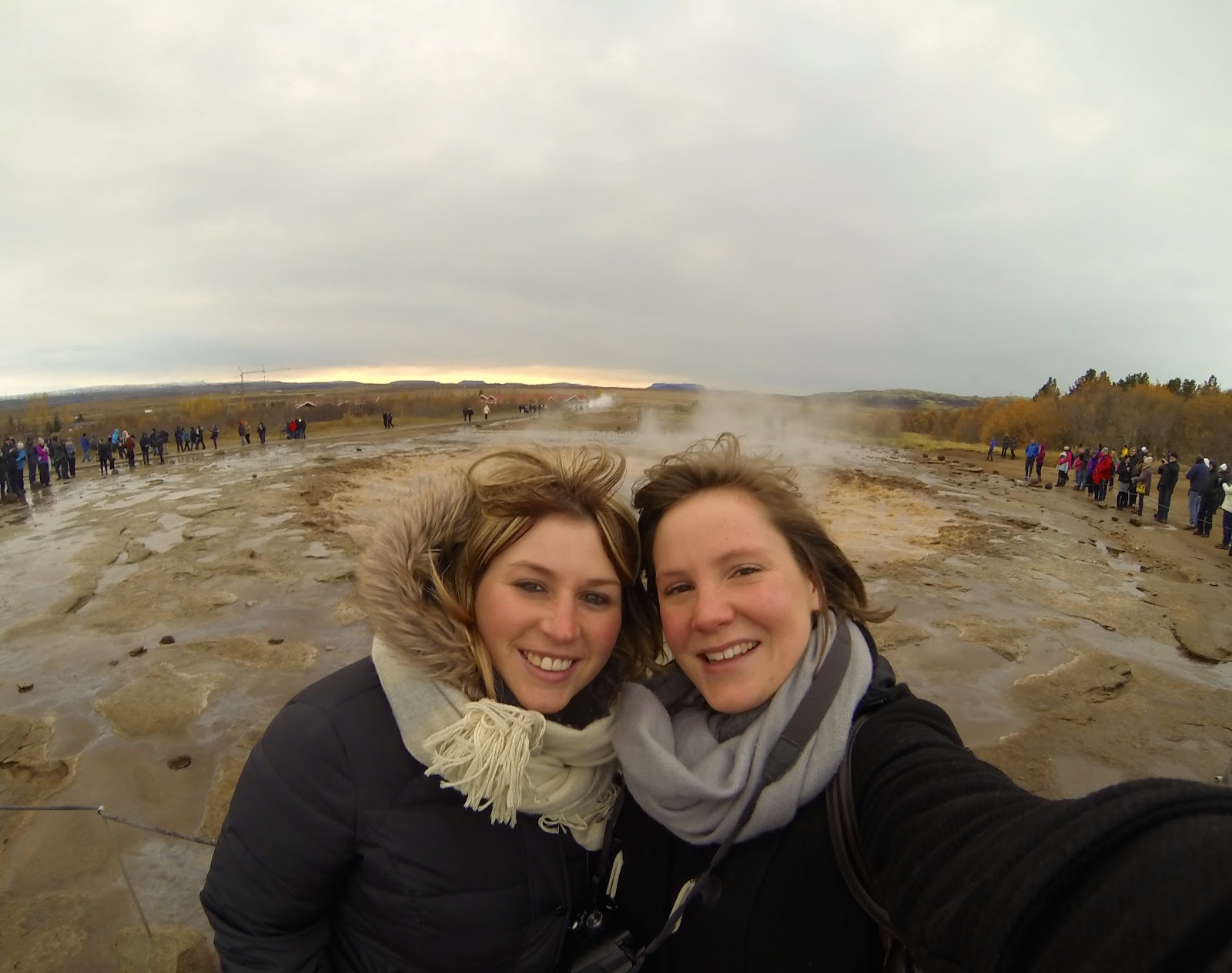 First there was some hot spring action: we saw the Strokkur (see more on the video below) erupt in full blast every five or eight minutes: fantastic, stunning, amazing. 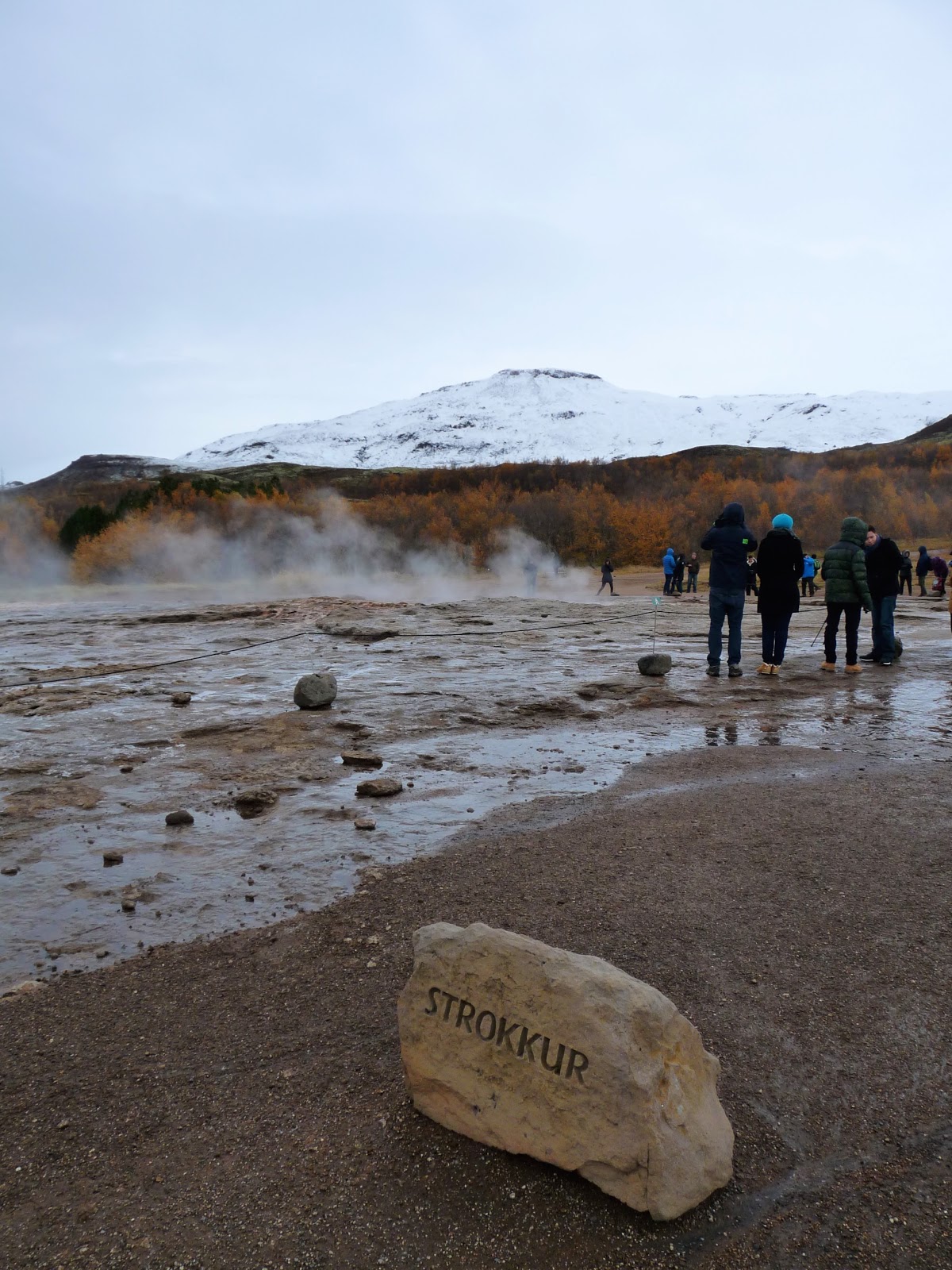 In the shop we even bought the cutest hats ever. 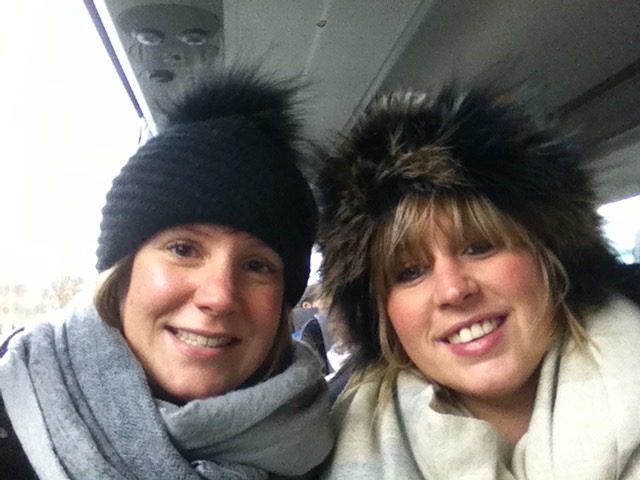 Then I nearly lost my hand while taking pictures because of the icy wind at the Gullfoss waterfall, the biggest waterfall of Iceland. 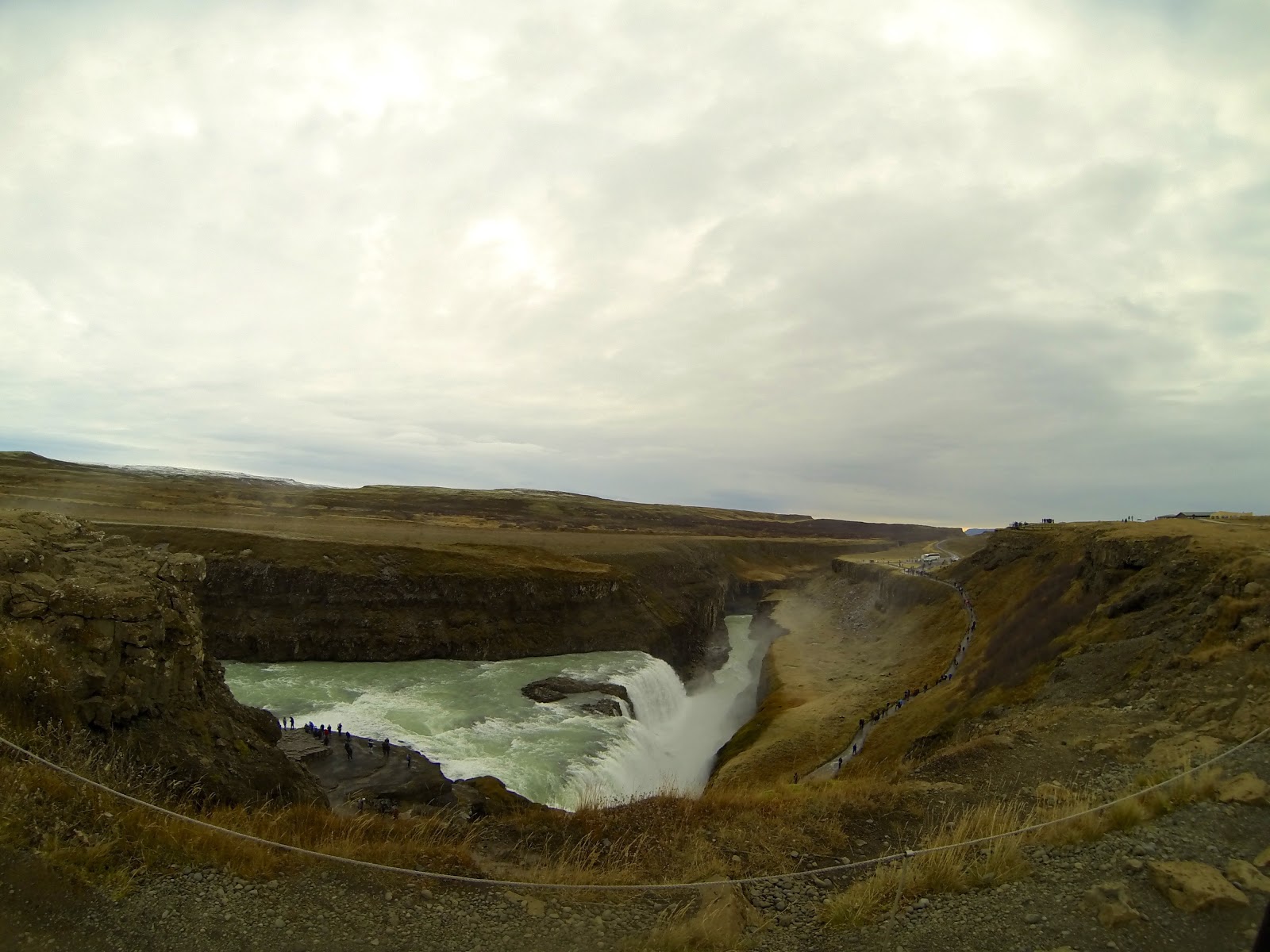 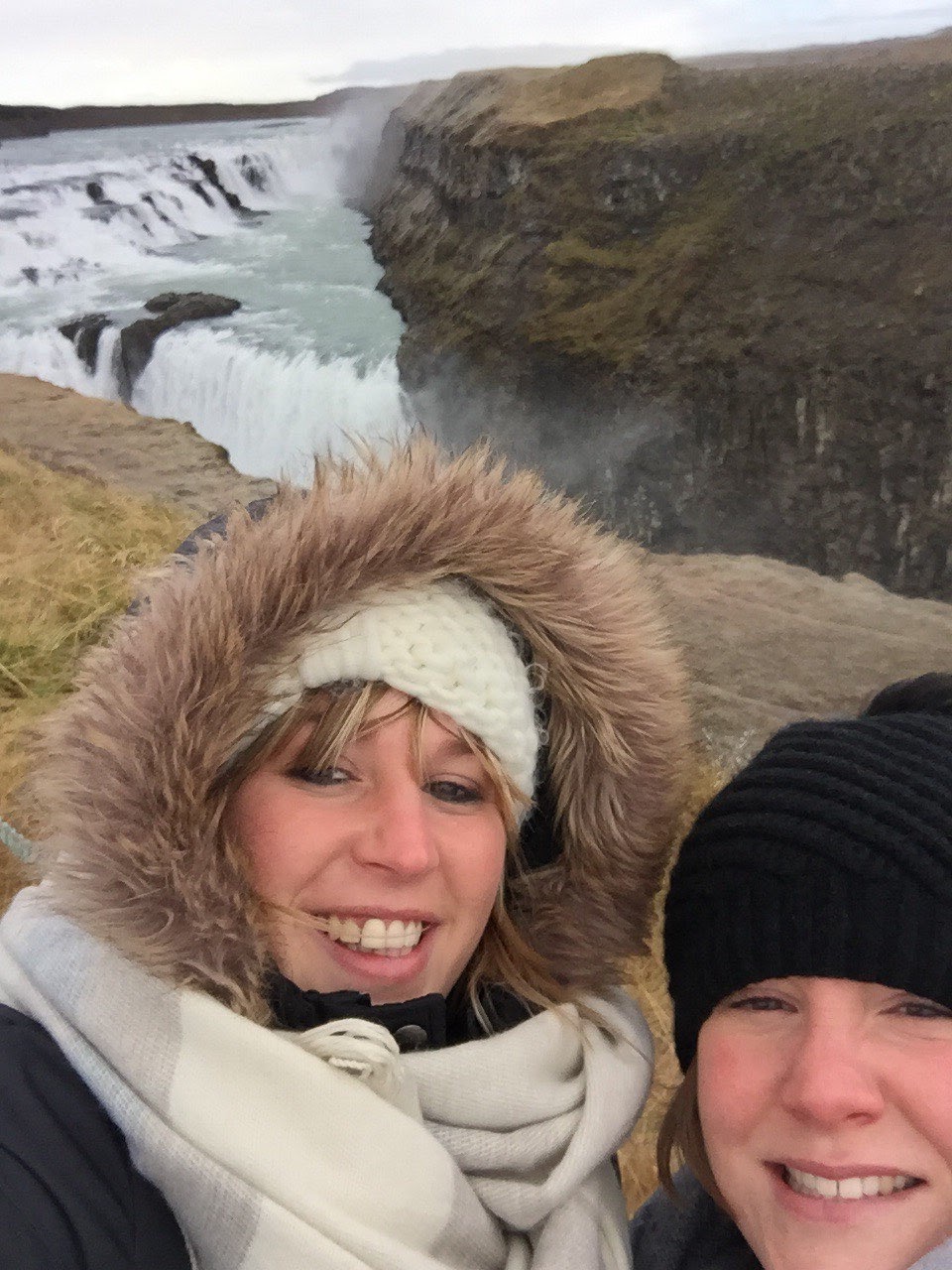 The last stop was the National Park Pingvellir where is situated the Icelandic Parliament…, I mean the old one… Now it’s in Reykjavik of course. 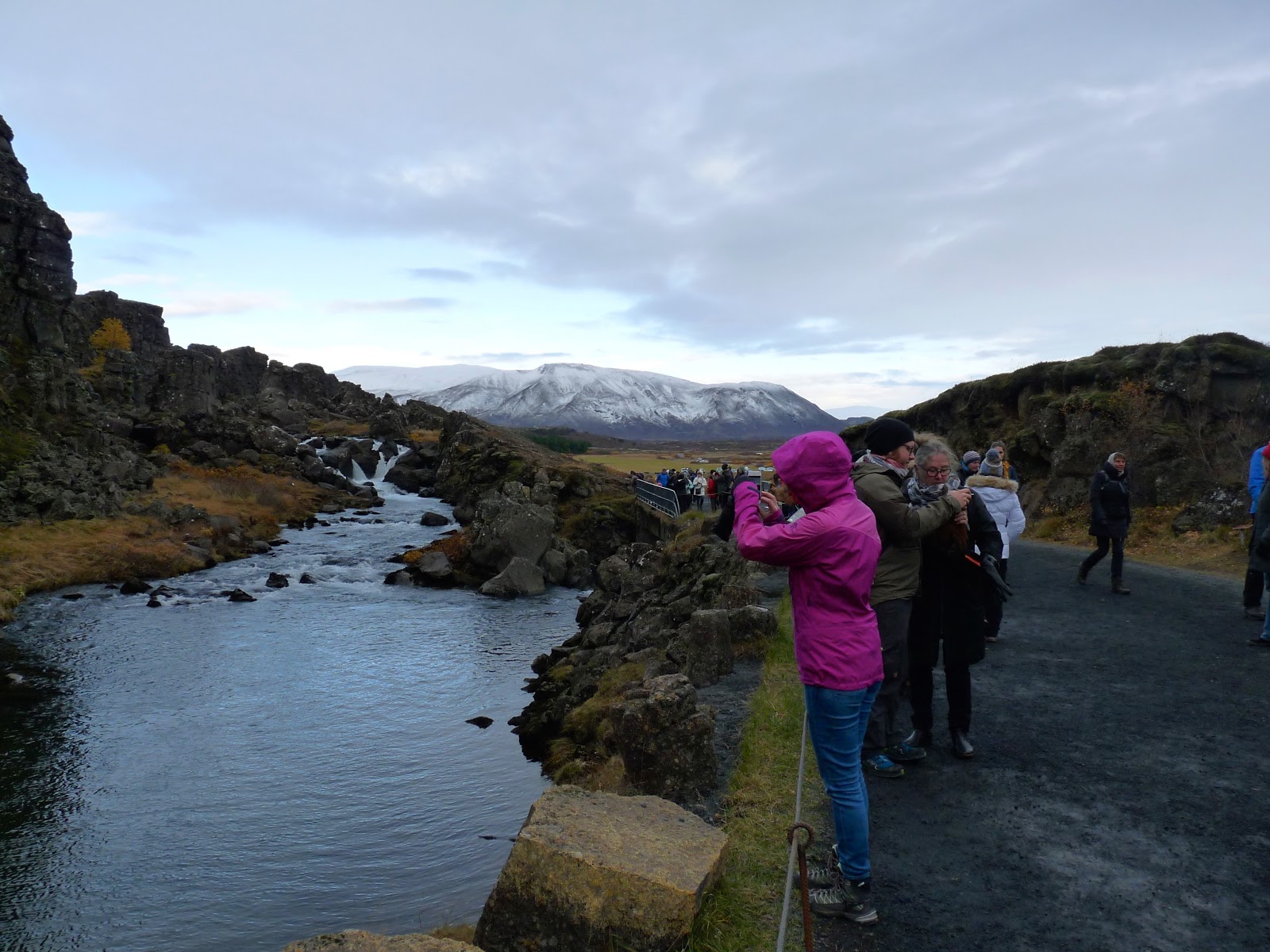 After all this it was already time to head back to the hotel. We had a hot chocolate and a cappuccino, we bought some supper and we went to bed (I did anyway…) because of our early departure the next morning.
Iceland was definitely a big surprise and I am planning to go back! There is so much to do and see! The tourism industry is very developed and there’s free wifi and free water everywhere. It’s definitely a very welcoming and modern country!
Watch the highlights of our trip (in HD) below if you’re not afraid of getting nauseous…
I hope you enjoyed my recap, tell me in the comments if you have been there too!
We can share our love for this amazing country that I’ve just discovered…