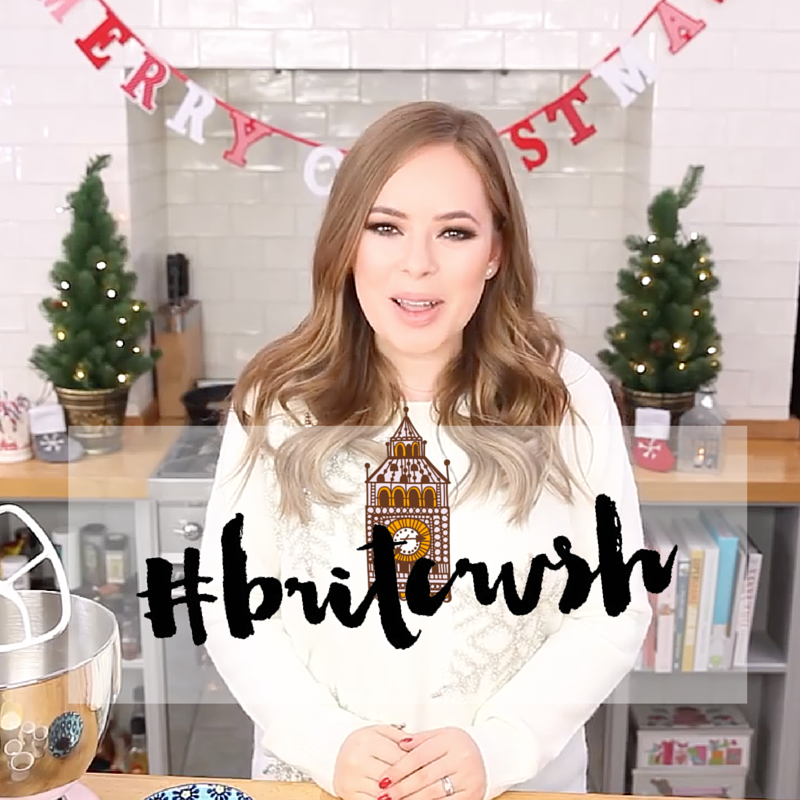 Pssst! See the complete house tour here>>
Last month I visited the UK and bought some magazines. I am aware that Youtubers and bloggers are a thing over there and many of them already have published at least a book. I saw them sitting on the “blogging” shelves of bookstores…
But back to what I was saying. The November issue cover of Glamour UK featured Tanya Burr, a famous British beauty Youtuber who has millions of subscribers to her channel. Tanya started vlogging about make up tutorials in 2009 and recently, along with her husband Jim Chapman (also a Youtuber), they moved into their new Fulham home that I freakin’ LOVE. 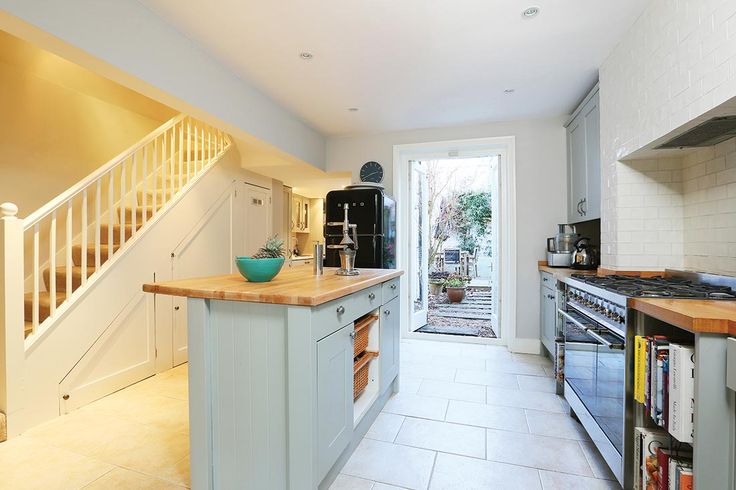 You already know that I am a huge home stalker so when I started looking at Tanya’s videos I literally became obsessed with her home, especially her kitchen! Below are some snapshots of her baking video “Baking a Magical Christmas Cake“. 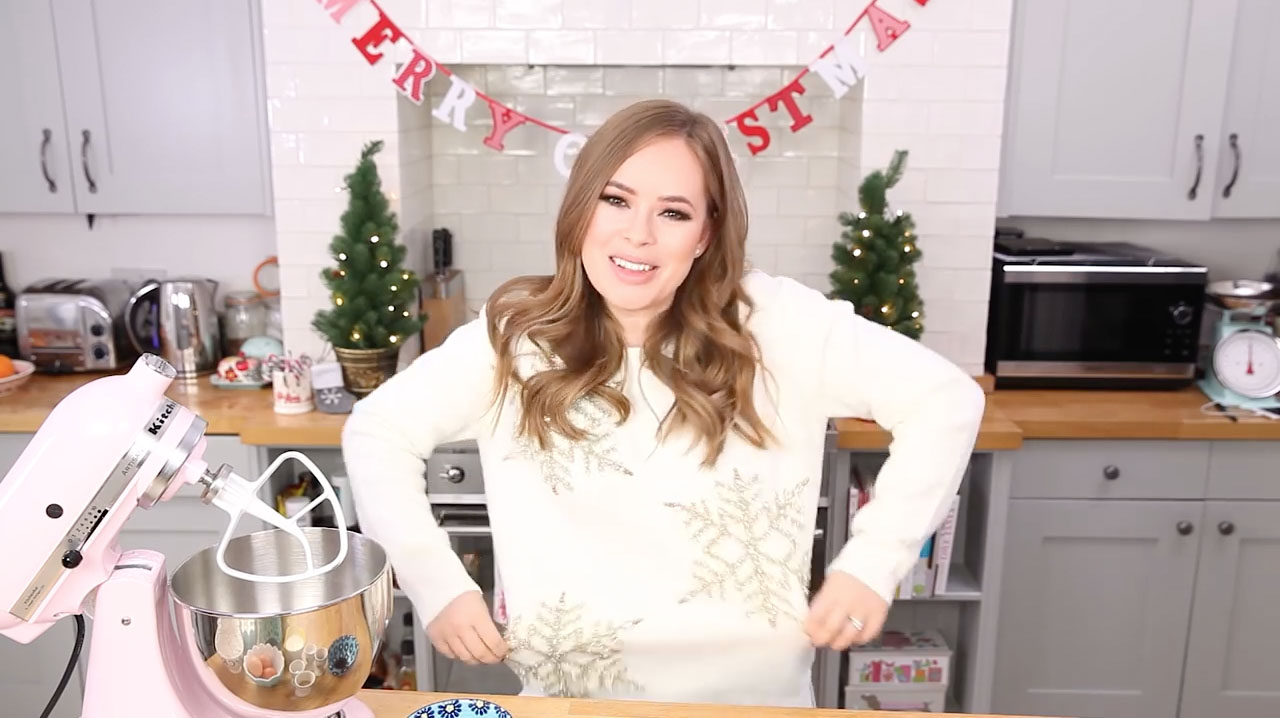 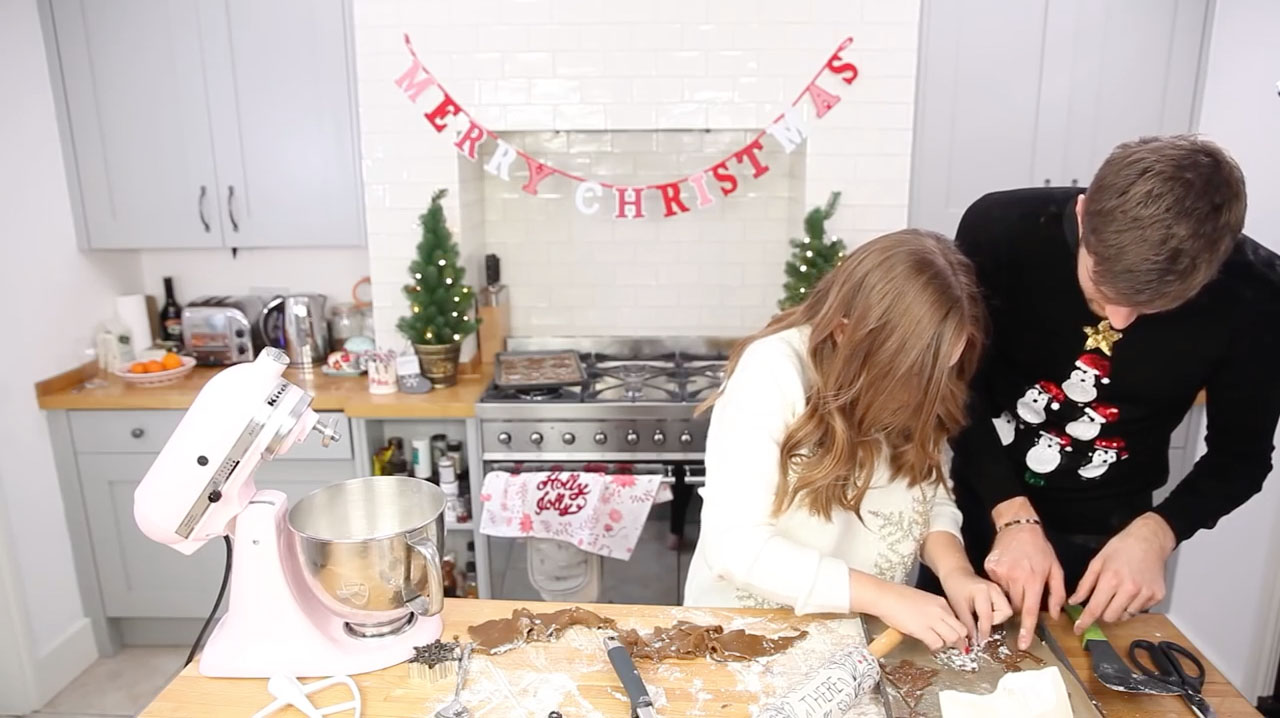 I absolutely love the greeny-gray color of the units and the wooden worktops! I want that chimney-like hearth. It all reminds me of the GBBO so that might be the reason why I’m obsessed…

I have been watching her Vlogmas vlogs everyday since the beginning of December (I’m addicted to vlogs at the moment…) and all the snippets of her home make me happy. I take mental notes of everything I like and would want for my dream home. Really, I take everything I can get from the stalking I’m doing on Youtube, guys! 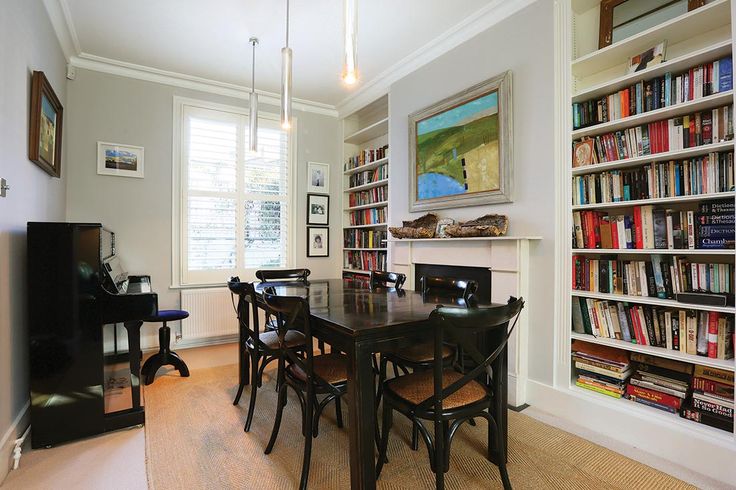 The other room that I like is the formal living room. I love it because of the huge fitted bookcases that are featured. I dream of doing something like this to show off all of our favourites books. The picture above is from the estate agent listing that I found via this article. 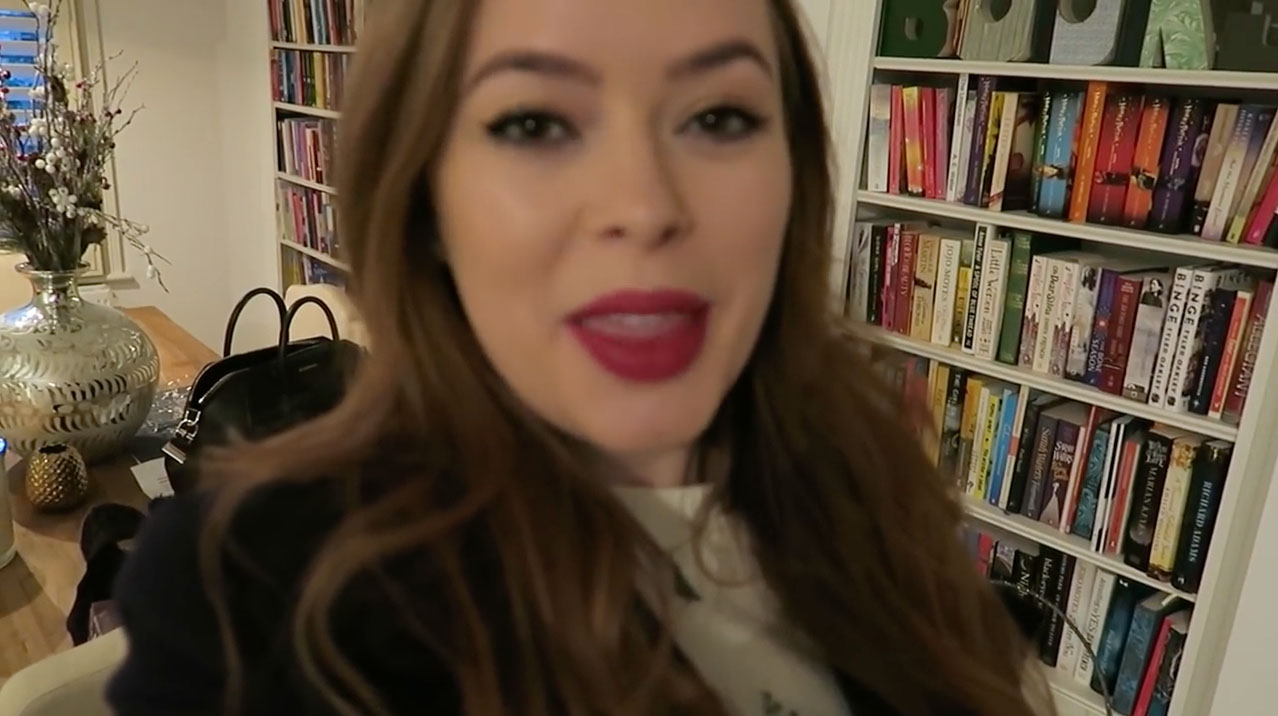 Sorry for the blurry and unflattering shot, Tanya, but this was meant to show my readers the bookcases better…

In a recent vlog, Tanya shared that she’s building a home library (I’m doing that too!!) and I admit that I was a bit jealous of the package she received that day: she had several Roald Dhal’s books,  Go set a Watchman, Christmas on Primrose Hill and a few boardgames. I also spotted on her shelves all the Harry Potter series, Little Women, the books that Rifle Paper Co. designed, The Secret Garden, Secrets of London, and many more good novels. I noticed I own quite a few of the same books as her too. 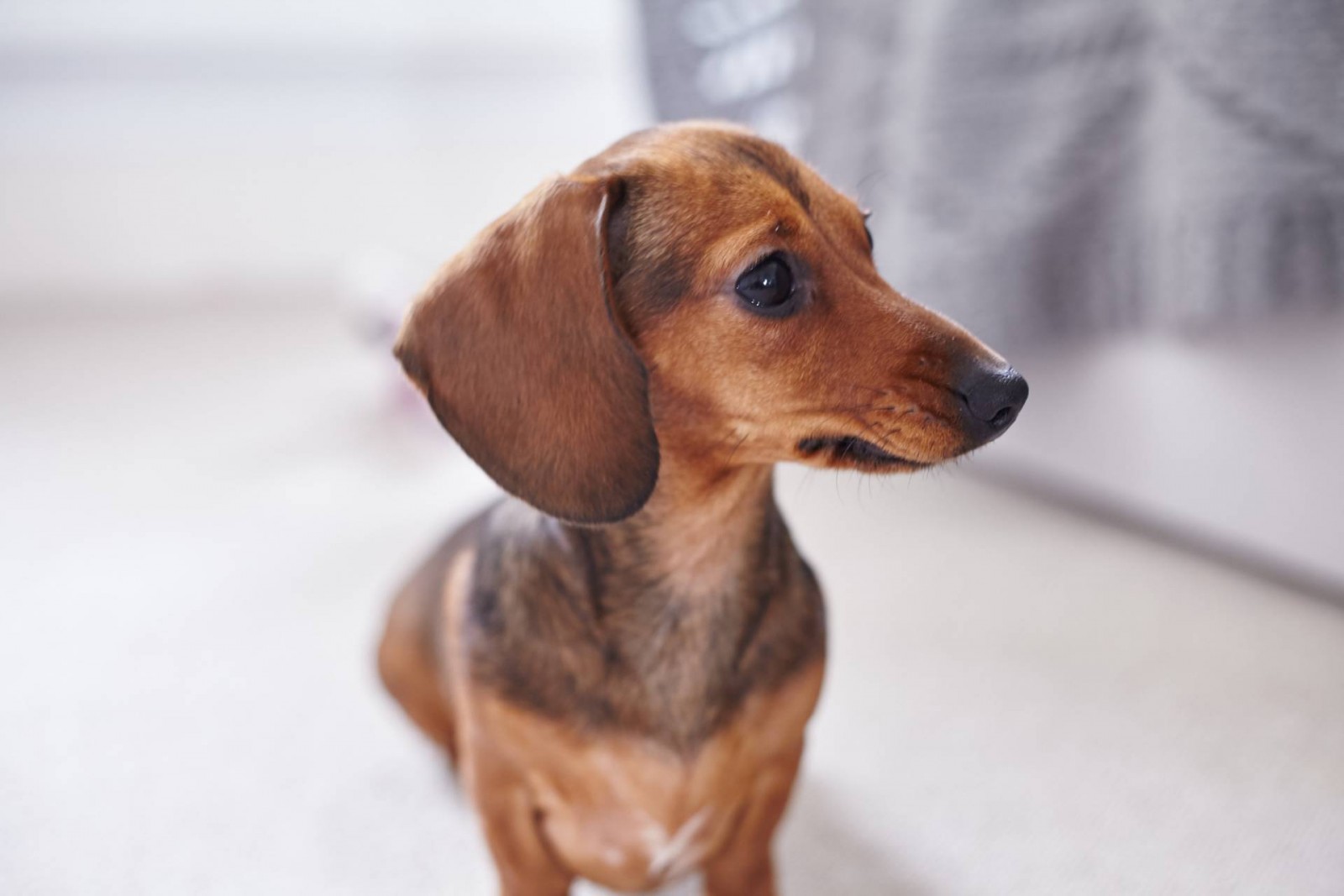 Oh and this is Martha Moo, Jim and Tanya’s dog. So so so freakin cute. I must say that dogs are the  typical blogger/instagrammer/vlogger’s best friend as it can draw so many viewers/readers to their content. Dogs and cats are just so CUTE. Everyone loves them, it’s basic knowledge at this point…
Anyway guys, I have a real crush. As I said, I’ve been watching her vlogmas (vlogging every day ’till Christmas) everyday since the beginning of December and as well as building an awesome library just like her, I totally want to have a dachshund now (my dream dog would be the basset hound but I have to admit dachshunds are a bit smaller and easier to take care for in little houses) and I am having a massive house crush/obsession at the moment.
Psst! Tanya posted a glimpse of her bedroom on her blog and I’m dying of envy… I’m off to buy her book, a dog and a house! Bye!