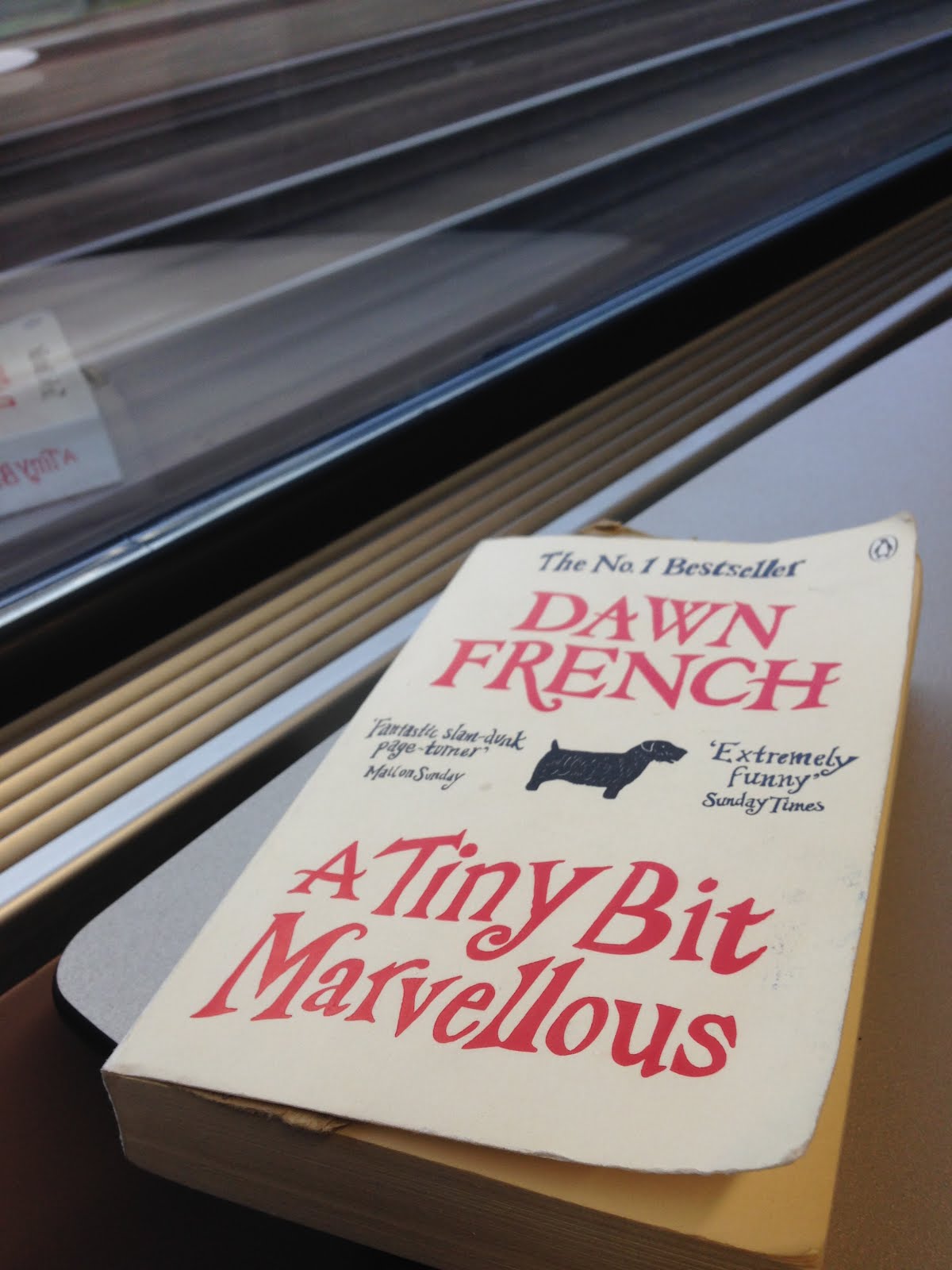 Something really bad happened to me the other day. I was at a hundred page from the end of a book and it was so thrilling I finished it very fast. The problem was that I was reading on the train ride to uni and I didn’t bring any other book with me. I was left with nothing else to read on the ride back home which I find totally awful. Then I thought: I should write a review.
I picked up this book in a charity shop in Tunbridge Wells. I’m just saying this casually like it’s so close to where I live – huh huh, no. I vaguely recognized the author’s name because I had seen it on Glamour Magazine. She has a column in the UK version where she writes about random things in a funny way.

A Tiny Bit Marvellous, by Dawn French is the story of a modern family told from three different perspectives. Mo is a 50 years old mum who is terribly annoyed by her two moody offsprings: Dora and Peter. When the three of them are experiencing a few rough patches in their respective lives, we are led to wonder: what about the dad in all of this?

When I finally started to read the book (on April 6th) I had this feeling I was not going to like it. It ended up being a wrong feeling. The book is written in some form of diary entries written by each of the protagonists. This is not bad writing style in itself but I found that it was too easy: all the characters were so stereotyped, it felt like a joke. Mo has the usual mid-life crisis and Peter is annoyingly the best at everything while his sister, a wannabe singer, fails everything she undertakes.
The book is supposed to be hilarious from what I read on the cover and at some point, it is. I just found the first half of the book very boring and my brain even stopped to record informations when I was reading certain entries. Fortunately for me, it slowly became interesting and the final didn’t disappoint at all.
What I really love about this book is the book itself. I was drawn by the cover – I love the little dog icon and the font used for the title. I was thrilled by the ‘questions with the author’ section. The book also contains recipes from the characters’ favourite desserts which I’m very likely going to try baking – banoffee pie, yum! On the very last page, there is also a little history of the Penguin publishing company. They probably insert that in a lot of the books they publish but it was the first time I was seeing it and I liked it a lot: it’s a pretty cute story. In 1935, hardback copies were expensive and the titles available in paperbacks wasn’t large. Allen Lane decided that he was going to change the world by selling intelligent books at a very decent price and that’s how it all started.
On a final note, I thoroughly enjoyed the book. The end made up for all the boring parts and while I didn’t laugh all the time, I really appreciated a few funny and comical events that occurred in the story. I was moved by the epilogue because it made me think about my own relationships.