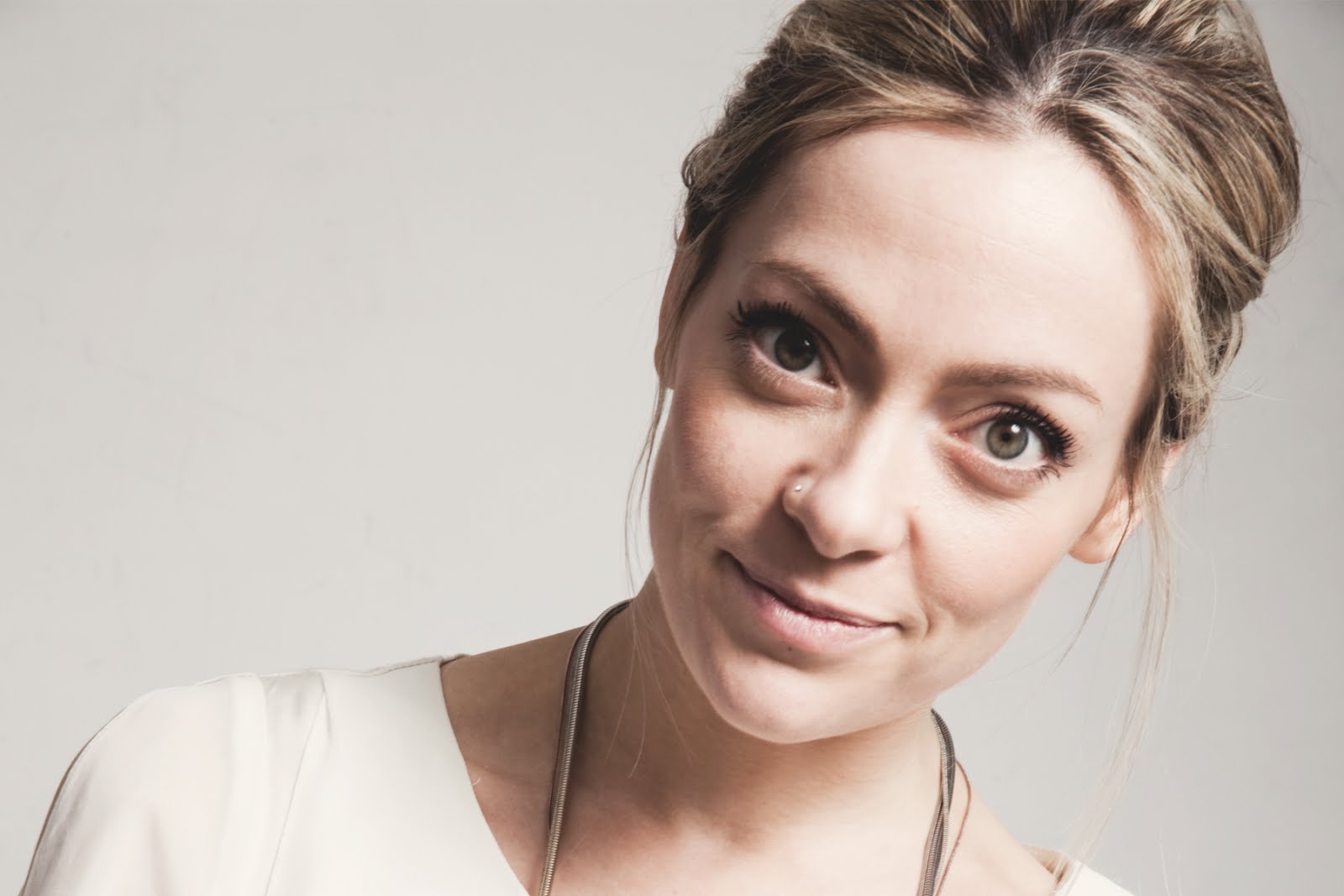 For a while I had wanted to write about Cherry in a British Crush post but time passed and I forgot about it. Then, her book was released and I was eager to read it. I patiently waited for my exams to be over before ordering it and now, I can proudly write about it on here.

Cherry is a 36 year old fashion lover and down-to-earth TV presenter famously known for her insightful BBC documentaries. She has two children and lives in Shepherd’s Bush, London – near the Westfield Shopping Center that I always go to when I’m in London Town….
Cherry is well known for having given birth on camera in a documentary in 2009 but there’s so much more to her! She loves to pop into Topshop as she believes some time alone is as important as getting her kids to school on time. She has said she’s lucky enough to have childcare arrangements that allows her time to exercise, pottering, read a new book, try a hot-yogalates rave class or staring at the floor with a G&T in hand. Cherry loves good food – she particularly likes to cook poached eggs and smoked salmon on toast on the weekend while drinking a rich cup of coffee – and she’s obsessed with working out. On the career side of her, Cherry started at the BBC and had been working her way up the production ladder with the aim of becoming a director for a while and when a friend of hers put her forward for a job as an immersive journalist, she actually nailed it!

As soon as I discovered Cherry on TV, I became completely addicted. She covered issues that I could totally relate to – such as when is the right time to have a baby, money, pregnancy or alcohol. Her documentaries often featured her sharing her own experiences – being pregnant while filming a documentary about having children – and were really speaking to me as they sometimes raised some thought-provoking questions.

Letters to my Fanny is described by Cherry herself as a love letter to her body. The book comprises of a few letters dedicated to various parts of Cherry’s body. As she wrote on the back cover, Cherry spent most of her life hating her body, putting it to the test with multiple diets, trying to fit it into very skinny pants or actually hurting it while trimming her lady parts. 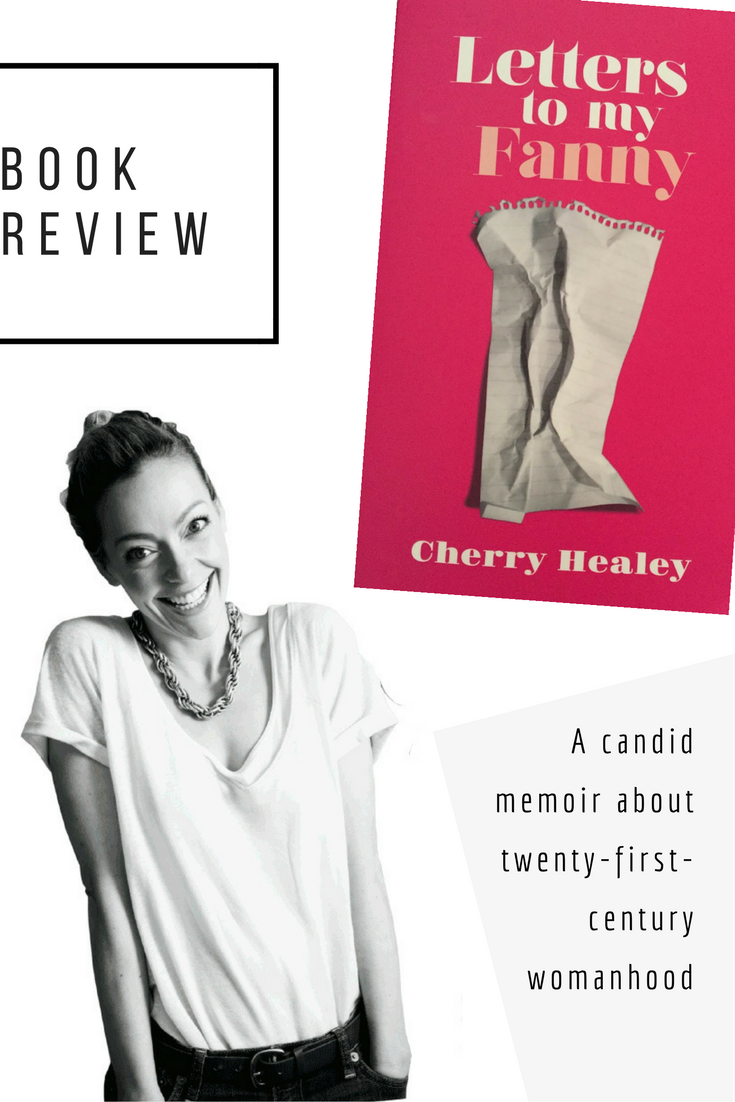 Well, Cherry didn’t let me down. I must admit I was over excited to read her memoirs because I’m a bit of a fangirl, so my opinion might be a little bit biased.

If you’re a feminist at heart you will probably find Cherry’s book a bit boring because it’s mostly her telling us about her first snog, how she went to an all-girls high school or the time she went on a carrot based diet. I didn’t particularly found the book breathtaking in a sense that I am already familiar with women’s issues talked in the book and growing up, I didn’t have many problems with my body. I’m pretty cool like that… I know…

I always found Cherry a bit perfect: good-looking, funny, brillant, having a good career, etc. She is a bit inspiring to me and I really love watching women like her on the telly. I was a bit curious and was really surprised to read about her personal life and how she really struggled with her body. I find it fascinating that she was/still is? obsessed about her image regarding make-up, hair trimming and stuff.

This is something I don’t really relate to as I keep things pretty simple: I have hair and I don’t care.  I was never really into the whole beauty regiment women think they have to go through to be beautiful. Anyway, I do enjoy make up and I think taking good care of your body is very important. Reading Letters to my Fanny resonated with me on that point: I should really take better care of me as it can also improve my overall wellbeing.

Another subject that I really enjoyed reading about was Cherry’s relationship with her Lady Family aka her friends. I totally approved everything she said because I also love my very own Lady Family.

I enjoyed and laughed quite a bit at Cherry’s first experience with spray tan for the New Year’s. I disliked the bit where she talks about music.

Find out more about Cherry
on her blog/on her podcast/in Smallish Magazine/in My Baba/and her perfect weekend in The Telegraph/on What Olivia Did/on the The Pool/in a radio interview/by watching a few of her docs on Youtube
Have you read Cherry’s book? Have you seen some of her documentaries yet? What did you think? Tell me everything!

PS: I must admit that this post was supposed to go up on September 27th. I have seriously been busy and totally procrastinated on the blogging front lately. Since having written everything you read until this, Cherry has released a podcast which I have been religiously listening to. She also revamped her website and started posting a few posts on her blog. Talk about good timing, uh? Now, you to can get your Cherry fix weekly!

Also
Wildflower by Drew Barrymore
Is everyone hanging out without me? by Mindy Kaling