It’s that time of the year.

Grab a cuppa, it’s gonna be a long one.

At the beginning of 2016 (actually, at the end of 2015), I had reviewed the past year, listed my achievements and failures and had set some goals for the year. It has now been twelve months and I never shared any of that with you. I had an idea for an article but it never materialized – I didn’t even post anything on the blog last January…

you know I love her and her blog because I’ve talked a lot about her, especially in this post 5 blogs I read everyday >>

… I bought the 2016 Shining Year workbook. And it has been a revelation.

The aim of Leonie Dawson’s planning tool is to help others create an amazing life for themselves by guiding them through the various steps needed to make it happen : having a vision, dream big, mapping it out, planning and finally, create it. The workbook has been great for me because there is no need to fill it all out. I just filled in the parts that seemed relevant to me. 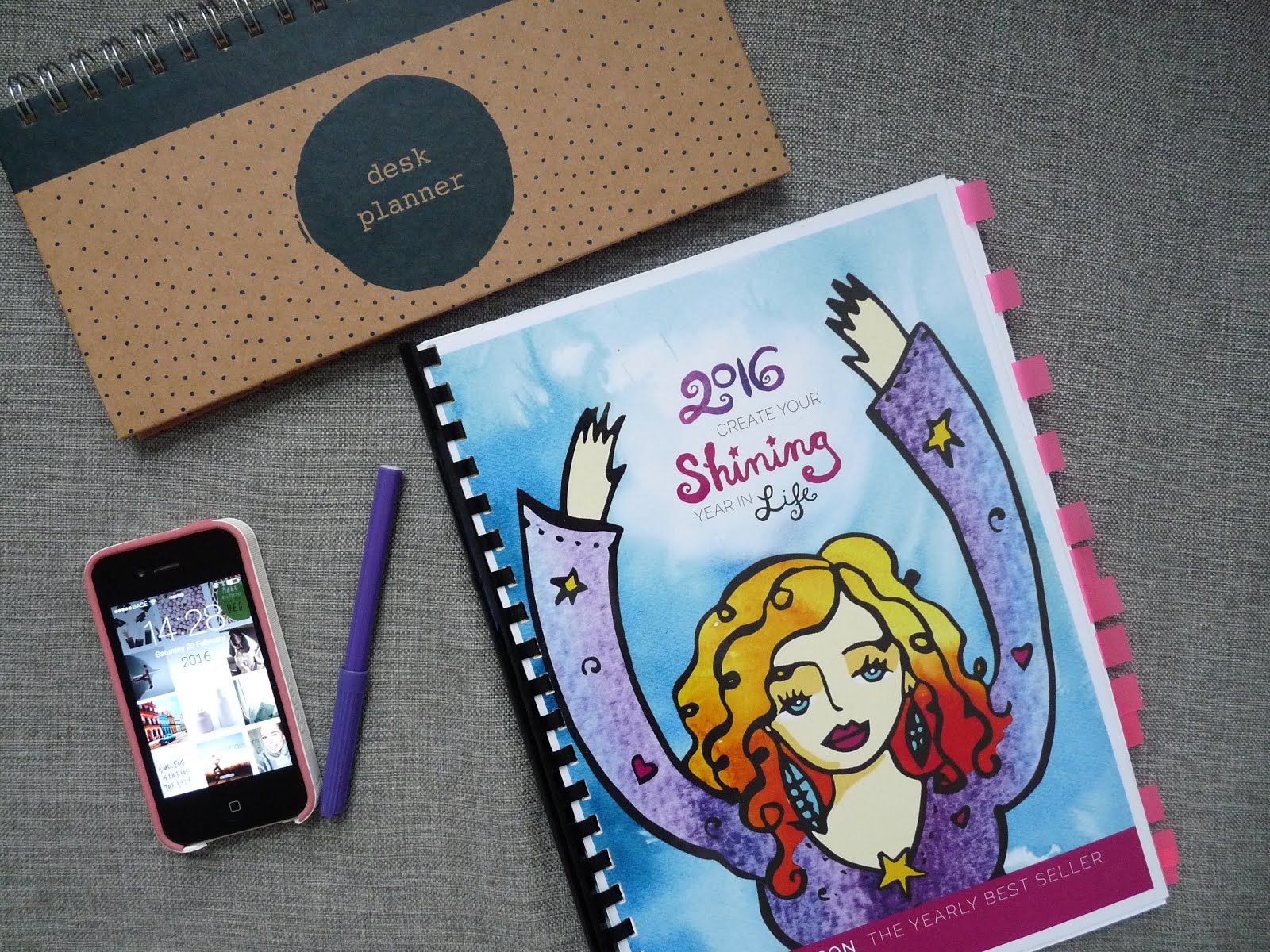 That picture of my old phone dates back from February 2016!!

When starting by going through the workbook, you start by reflecting on the past year.

This has been something that I had never done properly before and, wow! it was fascinating to discover myself in that way. I wrote down on actual paper my successes and failures. Yup, failures written black on white. Positivity is still key so I had to think about what I was grateful for, why I was proud of myself. I reflected on the things that had not worked out and what could I do to change them. 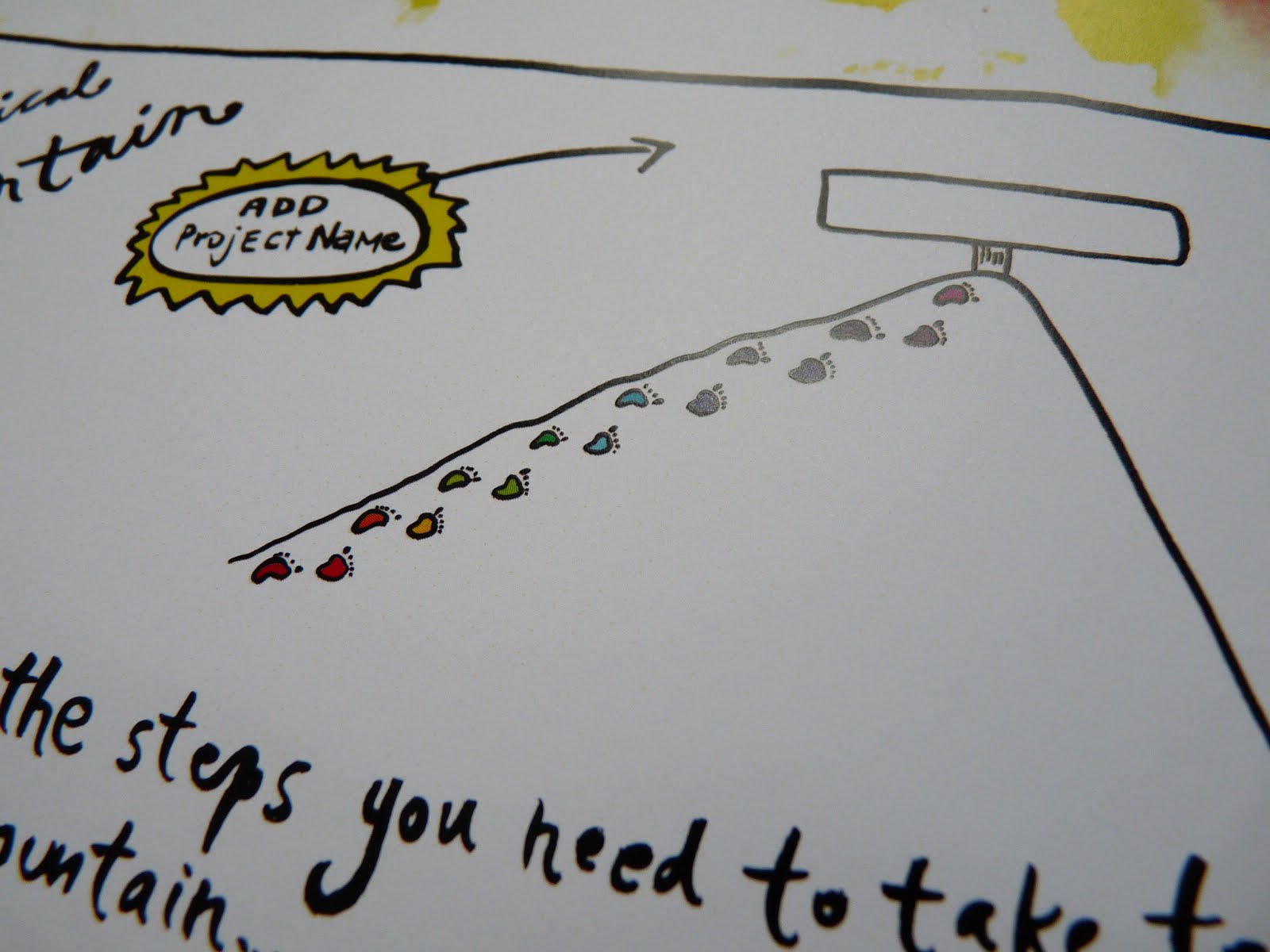 A very motivational and visual tool to help reach your goals

In order to create my shining year, I had to dream how 2016 was going to be for me and what I wanted to happen in 2016. Doing so, I filled in almost all the parts of the workbook where all areas of life are covered: creativity, spirituality, career/learning, relationships, family, body and health, home, finances, community service and self care. Towards the end of the book, there was also a list of 100 items to do in 2016 which I found particularly fun!

I’m a bit slow to get to the point, aren’t I? Here is what I wanted to work on in 2016 and here is what actually happened. Inspired by the workbook, I created a vision board (seen in the first picture) and chose a sacred word for the year which was Glow.

Let’s just say that 2016 has not been easy for me and has been full to the brim with challenges and bad (personal) news. I certainly did not achieve to glow because when I read back at what I had hoped to accomplish, I’ve fallen short. Looking back at it, I mostly felt stuck throughout the whole of 2016.

The first thing I wanted to accomplish was to finish my degree but as of today, it still hasn’t happen. The main reasons for that fail were a serious lack of motivation mixed in with two difficult personal issues I had to deal with first.

On a positive note, one of the highlights of 2016 has certainly been my move. The bf and I left our little apartment in the capital for a bigger place at a cheaper rent in a smaller city. Doing some manual and creative work on the house has been a fun experience but also a challenging one. I learned a lot from it and really appreciated my organizational/creative abilities. However, lots of things happened at the same time which made our move pretty difficult and as it was something I did not take the time to appreciate, it resulted in a series of struggles.

Creativity –  play the piano/knit I only played a few times and only worked on a piece. It was mostly a fail and probably one thing I had not seriously thought about. I didn’t knit at all.

Spirituality – start a gratitude journal/go on a retreat/write a manifesto/do yoga Instead of starting a gratitude journal, I used the 1SE app to record a one second video of each day. I didn’t go on a retreat (the one I wanted to go to was too expensive), I didn’t write a manifesto and haven’t been into a single class of yoga in the past year. Yoga classes cost money obviously and I just didn’t have the funds. I tried to do a few online yoga lessons but I wasn’t very consistent.

Relationships – deepen my current friendships/connect with out-of-town friends This has been easy to concentrate on my friends but I sometimes felt that my “stuck” feeling got the most of me and made me fail at being a good friend. I got in touch with my long lost friends but our busy lives didn’t make us meet.

Body and health – I made the pledge to eat more vegs/exercise more I haven’t been particularly active the first part of the year because of the move and the reno work. I trained for a race (but did two races)  ✔ from August to October, went to the swimming pool quite regularly  ✔  bought a bike and a home stepper  ✔ so I could fit in more exercise in my life. I wasn’t always good at eating my greens but I  tried to make more soups to get them in my body.

Home – moving/getting comfortable in the new house Move ✔  Reno ✔ We achieved quite a lot in that area this past year!

Finances – save/earn more Easy to say that as I didn’t work much during the past year, this has been a complete fail (spent all of my savings). On the work front, I have been on a few interviews and had my fails and successes but the feeling of rejection is just crap ✖

Community – eat local/reduce waste/donate blood/volunteering I finally donated my blood in August after a lot of procrastination. I have been really focused as the red cross center is very close to my home and I now book appointments ✔ as it’s easy for me to go in at the end of the day. I also started donating plasma and platelets which has been easy for me. While I can, I do. I couldn’t really give back in terms of money because I didn’t have much spare cash and I also didn’t take the time to do volunteer work ✖ I tried to eat local and reduce waste but probably failed as much as succeeded because I didn’t record everything I was doing…

Self care I didn’t go on a retreat ✖  haven’t been on a particular beauty regimen due to the ugliness of my bathroom and my less than glowing constant feeling ✖ I started going to a new hairdresser which has been really good for my hair (and soul). I didn’t buy many power/feeling confident new clothes because no money. I recently started a new skincare routine which has helped me feel better at times ✔

Regarding of failing at my main goal for 2016, I must say I still feel proud of myself for still going with it. I have dealt with those personal issues that were having their serious toll on me without me actually knowing. Also, I’m not a quitter.

How has your year been? Did you achieve your goals?

Read also: 4 questions to ask yourself before the end of the year